Flavor of the Week: Yellow Lentils 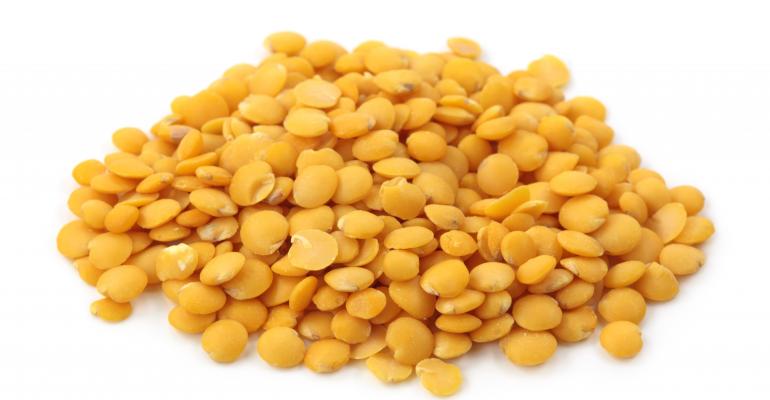 A variety of lentil that’s light in color, quick-cooking and, like other pulses, high in protein and fiber, yellow lentils are most widely used for thickening purees, soups and stews.

They give a bright color and impart a sweet, nutty flavor to dishes and are most commonly used in Indian and Middle Eastern dishes. Both of those cuisines are gaining an increasing presence on American menus and are in the “adoption” phase of market research firm Datassential’s Menu Adoption Cycle, which means they are still found mostly at trendy restaurants.

Yellow lentils are in the earlier “inception” stage, where trends begin.

In South Asia, which includes, Pakistan, Nepal, Bhutan, Sri Lanka and Bangladesh as well as India, yellow lentils are often the main component of the ubiquitous lentil stew dal, which is an important part of diets throughout the region.

Datassential reports that 51% of the population knows about yellow lentils but only 29% have tried them. Awareness is highest among vegan and vegetarian consumers, many of whom rely on yellow and other lentils, and legumes in general, as an important source of protein.

Click through the gallery to learn more about this week’s Flavor of the Week and see how one restaurant is using yellow lentil on its menu.