/sites/all/themes/penton_subtheme_nrn/images/logos/footer.png
Recent
Recent
TSM and Jersey Mike's cook up multi-year esports partnership
Feb 08, 2023
The Marco's Pizza Foundation teams up with No Kid Hungry to help provide 2.5M meals to children
Feb 08, 2023
Ombre beverages provide eye candy for customers
Feb 08, 2023
The beverage trend to watch in 2023
Feb 08, 2023
KISS celebrates 50th anniversary at their Rock & Brews restaurants
Feb 07, 2023
Featured
Poke: The star of the bowl
Feb 06, 2023
How restaurant operators can ‘lead with purpose’
Feb 06, 2023
36 restaurant industry predictions for 2023
Dec 21, 2022
How eco-friendly Seattle restaurant chain Just Poke is doubling in size in 2022
Nov 17, 2022
Flavor of the Week
brought to you by
Consumer Trends

Flavor of the Week: Korean Barbecue 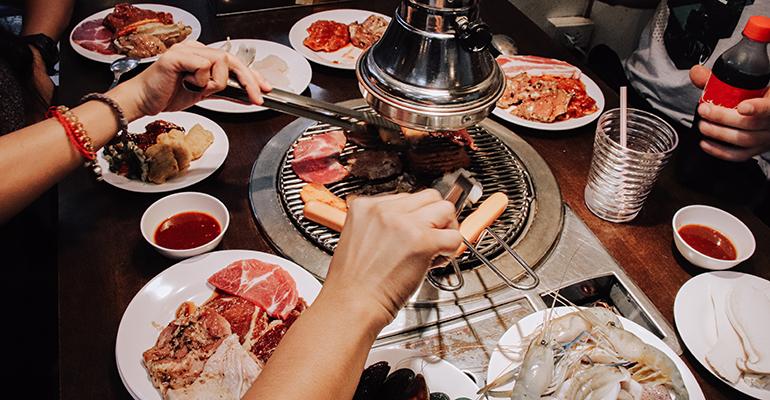 Technically, barbecue is food (usually meat) that is slowly cooked using hot smoke. But Korean barbecue is actually meat that is marinated and grilled, usually over an open flame, and usually cooked in small, ready-to-eat pieces.

Korean barbecue also can refer to the sauces that are used to cook those meats, often redolent with flavors such as soy, sesame and the Korean chile paste gochujang, which itself has grown 117% on menus in the past four years.

Korean barbecue sauce is an idea bridge for consumers who want to experiment with global flavors in a familiar way.

Market research firm Datassential reports that 69% of the population has heard of Korean barbecue, but only 43% have tried it. Awareness is highest among Millennials and consumers in the Western United States.

Click through the gallery to learn more about this Flavor of the Week and see how one chain is using Korean BBQ on its menu.