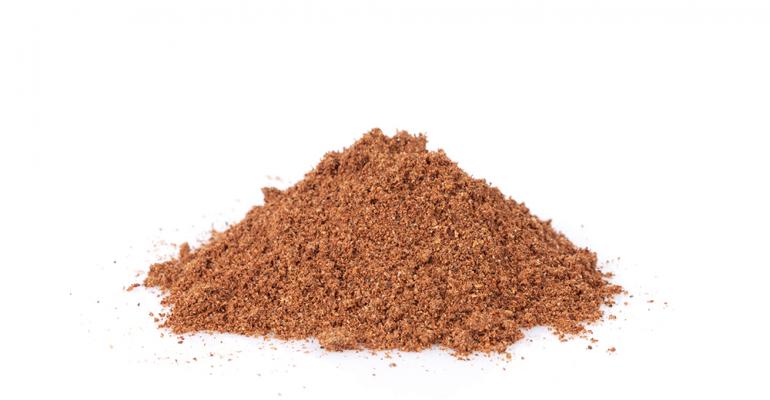 This Chinese spice blend, now used in much of East Asia and Southeast Asia, represents the five elements in Chinese culture of earth, wood, fire, metal and water as well as the five flavors of sour, bitter, sweet, salty and pungent. It’s traditionally made of fennel seed, cloves, cinnamon, star anise and Sichuan peppercorns, but other spices can be added, too, including ginger, nutmeg, turmeric, cardamom, galangal, mandarin orange zest and anise.

The spice blend can be used in a variety of ways, including seasoning braised meat, flavoring stews or glazing vegetables. It’s now also being used in cocktails. It’s a warming combination that is somewhat like a more complex version of pumpkin spice.

Market research firm Datassential reports that 41% of the United States population knows about the spice blend but only 24% have tried it. Its awareness is highest among Asian consumers.

Click through the gallery to learn more about this Flavor of the Week, Five Spice, and see some menu inspiration from a restaurant in Portland, Ore.