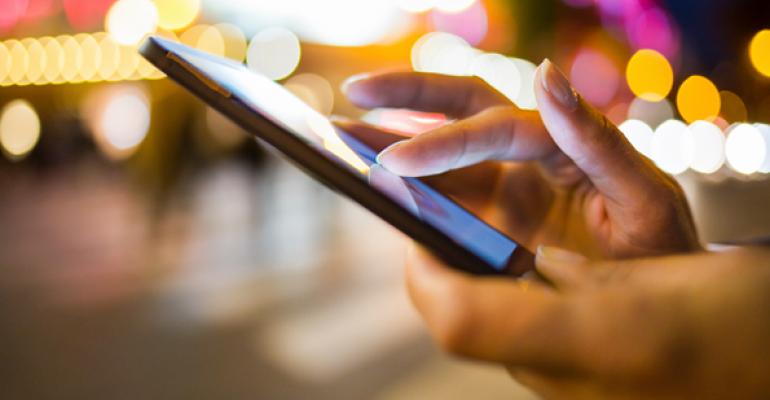 Consumer technology is an opportunity for restaurants

Fern Glazer is a regular contributor and a Consumer Trends editor for Nation&#39;s Restaurant News.

Technology at restaurants often gets a bad rap. I know, I’ve opined here on the negative impact of digital devices on the restaurant experience. Earlier this year, I wrote about how people are eating less at lunch because they are on their digital devices more, and how diners’ flagrant use of cell phones at the table can actually ruin other diners’ experience and prevent return visits.

There are two sides to every story, though, and sometimes you have to look at the restaurant as half full, not half empty.

The Hartman Group does just that with “Digital Food Life 2014,” a new report about consumers’ evolving digital life and the impact it can have on restaurants, retailers and other foodservice businesses.

“Restaurants have been greatly affected by the move toward digital life, and they have a lot to gain by embracing and changing with it,” said Laurie Demeritt, chief executive of The Hartman Group.

The report also illustrates how digital life is shifting us to a more participatory culture. Today’s consumers are moving away from their role as mere buyers of goods and services and moving more toward being active participants in the food system. Consumers are no longer satisfied with just good-tasting, fresh food; they want to co-create products and be intimately involved in the feedback loop with restaurants and food purveyors. To remain relevant, restaurants will have to move in this direction.

While digital devices may be taking many consumers away from restaurants, there’s an opportunity to get them back using those very same tools. For example, smartphone users are less wary about restaurants and retailers using technology to track their behavior, The Hartman Group found.

Whatever the tactics, Demeritt indicated restaurants have far more to gain by embracing and evolving with technology than they do by lamenting its shortcomings.

How is your restaurant tapping into consumer technology trends to build business? Join the conversation in the comments below.