Sonic Drive-in is a quick-service burger chain known for its car-hop style service in which food is brought out directly to customers’ cars, as well as its robust, customizable beverage offerings, including its distinctive crushed ice, which has a cult-like following.

Hot dogs also are a core part of Sonic’s menu.

Troy Smith Sr. opened Sonic’s first location Shawnee, Okla., in 1953, under the name Top Hat, with its signature curbside speakers. The car-side delivery at the fast-food restaurant prompted the slogan “Service at the speed of sound,” which in turn led to the name Sonic Drive-In, which became the concept’s name in 1959.

Sonic upgraded its hot dogs in 2010 with the rollout of a Footlong Quarter Pound Coney made with a new beef-and-pork blend. It then parlayed that into four different styles of 6-inch all-beef hot dogs. Later menu innovations included the 2017 introduction of the Signature Slinger, the first burger in quick-service made with an environmentally friendlier blend of beef and mushrooms. Recent beverage innovations have included pickle juice-flavored slushes and a slush made out of the energy drink Red Bull.

Sonic was acquired by Inspire Brands in December of 2018. 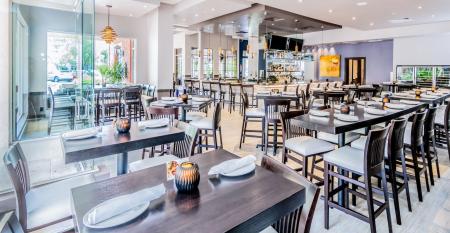 Tanishia Beacham is helping Sonic Drive-In use technology and support systems to focus on people
Jan 18, 2022
Beacham has used the labor shortage pain point to refocus a tech-supported, employee-oriented business

SONIC Drive-In calls on fans nationwide to decide which public school teachers receive a portion of $1 million donation in classroom funding
Sep 27, 2021
Voting for the 13th annual Limeades for Learning Fall Voting campaign is now open for fans to vote for their favorite teacher projects through Sunday, Oct. 24

Why Wingstop’s corporate shakeup is such a game-changer
Sep 07, 2021
The move is evidence of brands' awakening to the power of one-to-one marketing.