Qdoba was founded as Zuma Fresh Mexican Grill in Denver in 1995, and the name was later changed to Z-Teca, and then Qdoba Mexican Grill in 1999. The restaurant chain grew to more than 600 units by 2011, and the first international location opened in Canada in 2012. The fast-casual chain became known for its spicy queso and customizable bowls.

The Qdoba brand was acquired by Jack in the Box Inc., parent to the quick-service Jack in the Box brand, in 2003, when the Mexican chain had about 85 locations in 16 states. Qdoba maintained its Denver headquarters.

In 2015, what was Qdoba Mexican Grill changed its name to Qdoba Mexican Eats to reinvent the brand, adding more unique menu items to stand out from the crowded fast-casual Mexican crowd. In 2017, Jack in the Box Inc. agreed to sell the struggling chain to Apollo Global Management LLC in a $305 million deal. Qdoba later moved its headquarters to San Diego. 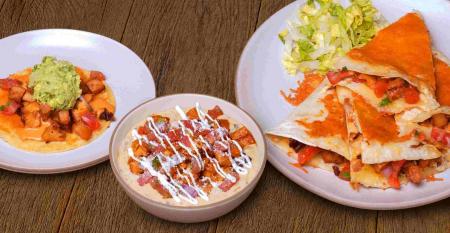