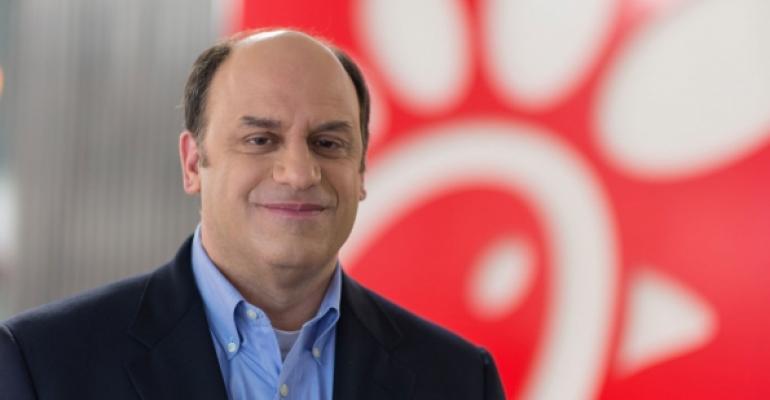 The announcement last week was the latest shift resulting from Dan Cathy’s move in 2013 to the roles of chair and CEO. Tassopoulos replaced Cathy in the president and COO positions.

Tassopoulos, who is the Atlanta-based chain’s fourth president, joined the company as an hourly restaurant team member, the company said.

Chick-fil-A now has more than 2,000 units in 43 states and the District of Columbia.

“Tim is a leader among leaders and has a time-tested track record of excellence in many areas of the business,” said Cathy in a statement. “The company’s secret sauce is its people and their ability to operate with consistent excellence. Tim has devoted his career to selecting and growing great people who have gone on to make significant contributions to the business.”

Cathy also noted that his father and the founder of the chain, the late S. Truett Cathy, was a mentor to Tassopoulos and “would be so happy to know that Tim’s influence in Chick-fil-A is being elevated to this level.”