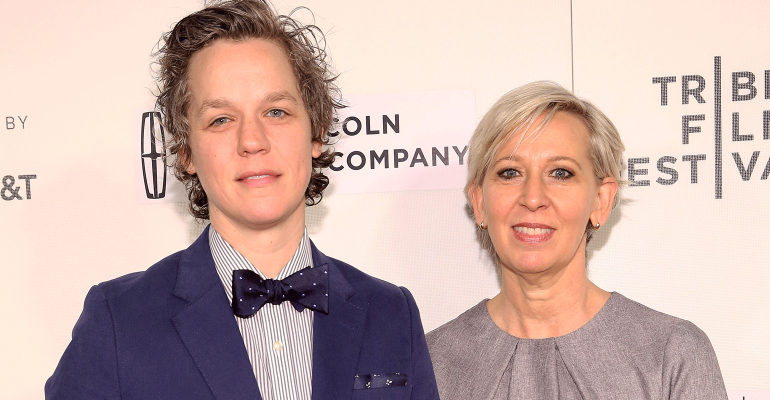 Should the Spotted Pig be saved?

On Thursday evening, the bars at New York’s now-infamous Spotted Pig restaurant were full, and the dining room buzzing. At about 8:30 p.m., the wait for a four-top was about an hour.

Some passersby, however, could be overheard commenting on headlines of late about the Spotted Pig, saying they would never go back after seeing reports of owner Ken Friedman and investor Mario Batali’s alleged sexual misconduct there and in a private party space that has been dubbed “the rape room.”

Overheard were also comments by some who were disappointed in Gabrielle Hamilton, the celebrated co-chef and owner of the New York restaurant Prune, who this week said she and co-chef and partner Ashley Merriman planned to take over operations of the Spotted Pig as co-owners, though no deal has yet been signed.

The announcement sparked a passionate debate, though Friedman —who has stepped down from daily operations but remains owner of the restaurant — has remained silent, declining to respond to requests for comment about Hamilton’s announcement.

As the industry grapples with changing a culture that has often allowed harassment to occur unchecked, the controversy is likely to set precedent going forward.

At the heart of it is whether Friedman, who has already lost most of his restaurants in a split with former partner April Bloomfield, should stay in business.

Some argue the Spotted Pig should close altogether, and that Friedman does not deserve rescue. Others say that the restaurant’s staff should not be punished for the owner’s behavior.

On Friday at the Food & Wine Classic in Aspen, Hamilton sat on a panel with other restaurant operators and defended her actions, which chef and restaurateur Hugh Acheson referred to as potentially giving “a hall pass to a predator.”

She said Friedman would not be coming to work at the Spotted Pig. But she does not agree with those who wish the Spotted Pig to be erased from history.

“I choose this truth and reconciliation idea, rather than this shut it down, scorch it, burn it, clean slate,” Hamilton said. “I don’t wish for any woman to feel divided. I’m not asking for allegiances. I’m not asking [anyone] to feel like, ‘Oh my God, I love women, but now I have to hate her.’ I want every woman to go out into the world according to her own ethic and her own sense of what is just.”

In Eater.com on Thursday, Merriman expanded on their decision to work with Friedman, describing him as a longtime friend. The co-chefs catered his wedding and have stayed at his summer home.

Merriman spoke of redemption, saying the restaurant has been “without a leader in the building,” though the general manager has been there “doing her best.”

At Prune, the co-chefs have built a better culture, Merriman said, and she argued that their ideas could be applied at the Spotted Pig and serve as an example to the industry.

“It’s not my job to clean up Ken’s mess, but I really believe our management style and the way we approach things is vital to this conversation and shift in the restaurant industry,” Merriman told Eater.

She posed: Should Friedman lose all his businesses? “He and April [Bloomfield] built something special at the Spotted Pig, and I’m not sure his shitty, boorish, outrageous, disgusting behavior [should keep him] from ever earning a living again.”

Meg!! Keep the #SpottedPig - Lose Ken! This is not complicated... https://t.co/K2UnLVdH6A Indeed, the food media world seemed more up in arms than consumers were about the Hamilton/Merriman partnership with Friedman.

In an article titled “Gabrielle Hamilton’s Great Betrayal,” Nikita Richardson wrote about a visit to Prune, where it seemed she was expecting pitchforks and torches, but instead diners seemed “blissfully unaware of the food-world turmoil.”

Those diners “ate and drank and caroused just as they have for the last 19 years, seemingly oblivious that the circumstances of their dinner had actually changed quite dramatically, in a way from where there might be no coming back.”

Gloria Dawson contributed to this story.