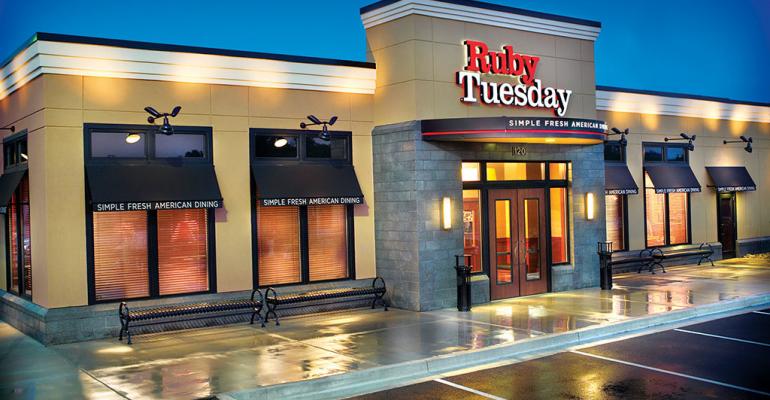 On Friday, Leon Capital Group announced through federal securities filings that it had made a 9.5-percent investment in Ruby Tuesday Inc. The filing was activist in nature, meaning that Leon Capital plans to hold talks with the company’s management.

Here’s the kicker: Leon Capital is not an activist investor. It is an investment fund that focuses on — wait for it — real estate.

Earlier this month, Ruby Tuesday said it was exploring strategic alternatives, including a potential sale.

The company’s primary asset isn’t its restaurant chain. It’s the 300 or so restaurant locations the company owns, rather than leases — an asset that itself is valued at far more than the company’s market capitalization of nearly $160 million.

That real estate, as we said earlier this month, makes Ruby Tuesday a potentially attractive target for a buyer and makes it likely the company gets sold despite more than a decade of weak sales in a casual dining market that is in decline.

Ruby Tuesday’s stock was up nearly 9 percent Monday on the news.

According to the filing, Leon Capital has acquired its shares since early February and now owns nearly 5.8 million of the company’s shares, which it purchased for $12.6 million.

In the filing, Leon indicated that Ruby Tuesday’s shares were “undervalued and represented an attractive investment opportunity.”

Leon Capital also noted that it “may seek to participate in strategic transactions that the issuer may evaluate or undertake in connection with its recently announced exploration of strategic alternatives.” In short: Leon Capital is interested in Ruby Tuesday’s real estate.

Leon isn’t the only investor who has taken interest in the 613-unit Maryville, Tenn.-based bar & grill chain. There are other investors who see value in the chain based on the value public stock investors are putting into the company.

Donald Smith & Co., Inc., for instance, has amassed more than 10 percent of the company’s shares in recent months, according to securities filings.

Donald Smith & Co. is a “deep value manager” that invests in “out-of-favor companies” that are well undervalued and “have significant earnings potential over the next two to four years,” according to the firm’s website.