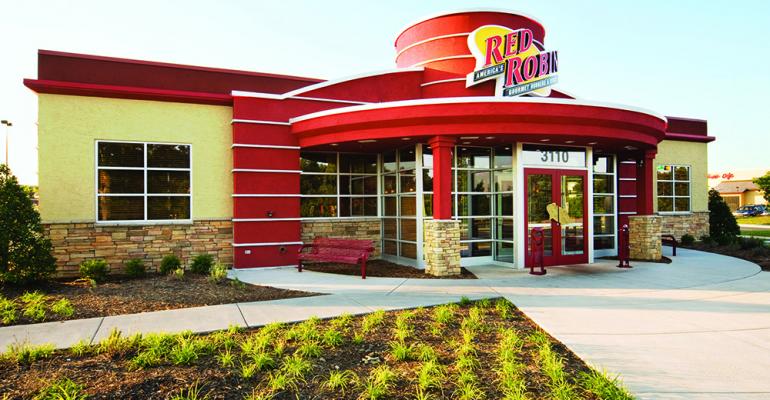 The activist investor has been pushing to buy the struggling company

This meeting request followed the activist investor’s offer to buy the Greenwood Village, Colo.-based casual-dining brand for $40 a share on June 13. Red Robin did not rule out a takeover offer, but as yet has not accepted it.

On June 19, following the takeover offer, Vintage Capital sent a meeting request to replace current Red Robin board members with board members that are in favor of a sale.

On Wednesday, Red Robin turned down the meeting request because the company said demand letter allegedly did not satisfy the company’s bylaws or Delaware law, according to according to a June 26 filing to the U.S. Securities and Exchange Commission

Vintage is the third-largest stockholder in Red Robin, reportedly owning 1.5 million shares, or 11.5% of the total. The original offer letter, sent on June 13 by Brian Kahn, manager of Vintage Capital, said that the company wanted to find an “A-plus” operator as a new CEO for the chain. The company has been led by interim CEO and board chair Pattye Moore since the April retirement of Denny Marie Post.

“It is clear that many such quality candidates are refusing to entertain the opportunity due to a lack of confidence in the Board’s leadership and Red Robin’s disastrous operating and market performance,” the letter stated.

The letter also mentioned the “poison pill’ provision which Red Robin has enacted, to forestall a hostile takeover by making it more expensive.

After Vintage Capital made their offer, the Red Robin stock — which had been struggling as of late — spiked past $33.

At the time, Red Robin did not rule out a takeover offer, stating that, “consistent with its fiduciary duties, the board would of course consider any bona fide offer made by Vintage.”

However, in a letter to the Securities and Exchange Commission, Red Robin declined Vintage’s request for a special meeting of the stockholders.

Michael Kaplan, senior vice president and chief legal officer at Red Robin Gourmet Burgers Inc., stated that according to the company’s bylaws, stockholders that hold 10% or more of the company’s shares can request a special meeting, but that Vintage Capital “provides no evidence of such ownership.” If evidence is provided, the special meeting can be considered “so long as adequate evidence of beneficial ownership is provided.”

The other reasons for the denial are for “failing to provide sufficient information” to stockholders in accordance with Delaware law. Red Robin requested that Vintage Capital provide more information concerning their takeover proposal, such as which five board members would be removed, according to the initial letter, and how vacancies would be filled.

But even though Red Robin’s initial response was a denial, the company did not rule out that it would be willing to work with Vintage Capital in the future if their demands are met.

“Once the deficiencies described above are cured, the company will promptly move forward with calling a special meeting to consider your proposals,” the letter said.

Red Robin has about 560 restaurants in the United States and Canada.