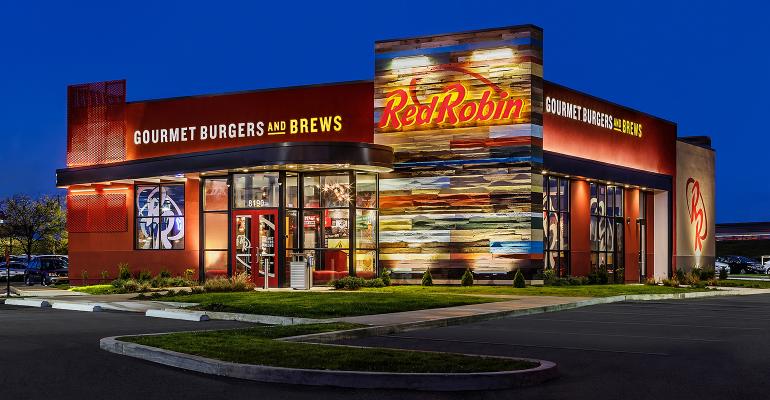 Lynn Schweinfurth, chief financial officer of the Greenwood, Colo.-based casual-dining chain, said in a fourth-quarter earnings call that mall sales performance in the period was down about 5.5% compared to a 3.6% decline for non-mall locations.

“We continue to focus on improving the performance of certain challenged mall locations through rent reductions and marketing and sales-building strategies to improve profitability,” Schweinfurth told analysts, adding that the company was assessing each location and weighing possible exit strategies from troubled sites.

“We’ve seen this get worse now three quarters in a row,” said Denny Marie Post, Red Robin’s CEO and president, and the decline “has us looking with greater urgency at that element of our portfolio.”

“We are targeting additional negotiated savings in 2019 and may take more aggressive actions on our portfolio,” she said.

Post said that Red Robin over the past five years relied on its Tavern Double Burgers platform, priced at $6.99, to drive traffic, but that had created a drag on per-person check averages.

“We have since dialed back the number available at $6.99 to just two burgers, raising the price on the other Tavern Doubles,” she said. “As a result, Tavern’s mix has moderated from a high of 17% in Q3 to just over 14% in Q4, and we expect it to continue to move downward.” The company has turned to emphasizing its “Gourmet” line of burgers and began advertising its new El Ranchero burger this week.

Red Robin next week will begin advertising its $10 bundle, which is a dine-in-only offering with a selection from among three Gourmet burgers and includes bottomless fries and a bottomless beverage.

Red Robin had tested the $10 bundle as a lunch deal and expanded it to all-day in the fourth quarter in test markets, Post said.

In addition to stabilizing dine-in business, which was down 4.2 percent for the full year, Red Robin is also working to increase convenience in to-go options.

In the third quarter, Post said Red Robin will “launch a new online ordering system that is far more intuitive than the one we currently use” as well as improving its curbside service.

Schweinfurth said Red Robin is focusing refranchising efforts on about 100 existing locations and looks to increase its franchise mix up to 30%.