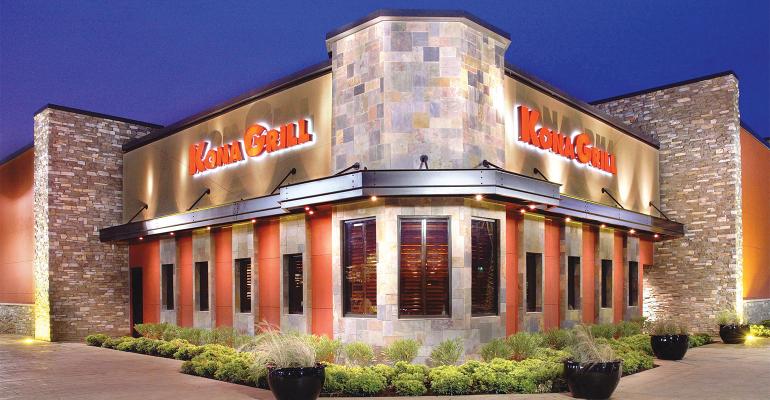 Kona warns that bankruptcy is possible

In delayed federal filings, company says it lost $32M in 2018

Struggling Kona Grill Inc. said it may have to file for bankruptcy even if talks with lenders and consideration of strategic alternatives are successful, according to federal filings Tuesday.

The Scottsdale, Ariz.-based casual-dining company also said in delayed federal filings, “We may be required to file for protection in bankruptcy, even if we are successful in effecting a sale of our business or improving our capital structure. Any bankruptcy proceeding may result in the holders of our common stock receiving no proceeds.”

The struggling company, which has closed a dozen units in the past two years and discontinued expansion, said Jonathan Tibus was named CEO effective Wednesday.

“Unless the company receives an equity investment, or unless some third party acquires the company’s debt from the secured lenders, the company may be required to file for protection under Chapter 11 of the U.S. Bankruptcy Code,” the company said in its 10-K filing. “It is possible that even a successful implementation of one of the strategic alternatives that we are pursuing will require us to make a Chapter 11 filing.”

Kona Grill has closed more units recently, including a shuttering April 12 in Stamford, Conn., and another in Short Pump, Va., according to local media reports.

The company has also seen a string of shakeups in its executive ranks, recently naming Christi Hing, the brand’s chief financial officer, as interim CEO to succeed Marcus Jundt, who resigned in March.

The company has seen six executives at the top position since August, when the grill-sushi brand promoted Jim Kuhn, chief operating officer, to succeed Berke Bakay in the role. Board members Jundt and Steve Schussler were named co-CEOs in November. Schussler stepped down in January, leaving Jundt as sole CEO until he resigned March 31.

Kona said it grew its number of restaurants “significantly from 2013 to 2016 and doubled the size of the company from 23 restaurants in 2012 to 46 restaurants by 2017.” However, with the recent closures, it now has 34 restaurants in 20 states and Puerto Rico. It also has two international franchised units.

The company said its options include a sale of the company, sale of assets through Chapter 11, refinancing and further closures.