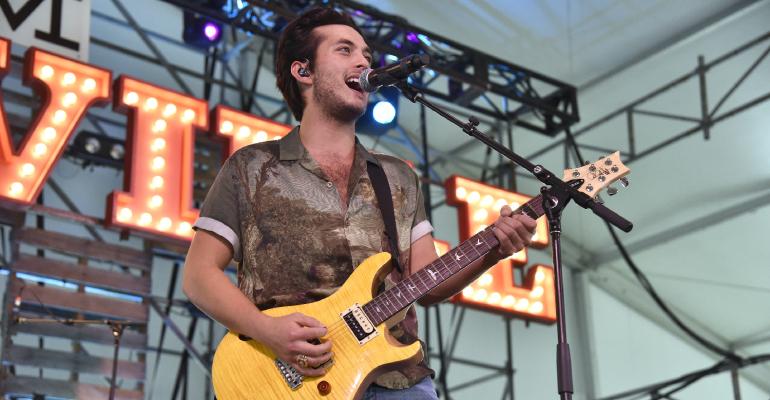 "Growing up in a town with a population of 2000, our schools didn't have much of a music education program so I had to figure it out on my own with the help of my family," said 21-year-old Hardy, a native of Livingston, Louisiana, who picked up his first guitar at age six. "It's really important to me to help nurture the artists of tomorrow, giving back to my own schools and others through Little Kids Rock."

In each market, during the day Laine will visit a Little Kids Rock partner school presenting musical instrument gifts and that night, perform a free concert including songs from his recently released debut album, Here's To Anyone, at the local Wild Wing Cafe.

"For more than 30 years, live music has been an important part of the Wild Wing Cafe brand with now famous singers and songwriters performing on our stages early in their careers including: Luke Combs, Edwin McCain, Old Dominion, Zac Brown and Hootie & the Blowfish, to name a few," said Wild Wing Cafe CEO, Steve Weigel.

"This collaboration allows us to further our mission of expanding music education in schools with a real-life success story while providing some excitement to students and Wild Wing customers," said David Wish, Founder & CEO of Little Kids Rock.