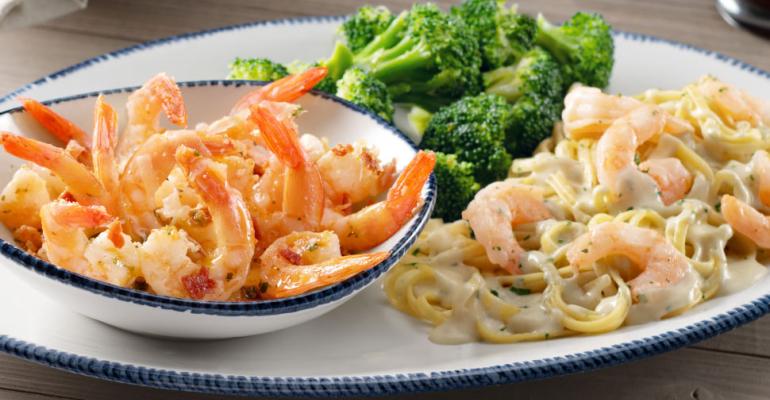 Consumer Picks 2022: Which restaurant brand has the most loyal fans?

And who’s winning on attributes like quality, service and value? Read on to find out.

There are many reasons consumers give their loyalty to certain brands. From service and value to quality and cleanliness, countless factors determine whether a guest goes back to a restaurant again and again.

In the pandemic, delivery and takeout ability factored heavily into that loyalty. And according to the annual Consumer Picks report, published in conjunction with Datassential, that remains the case.

Related: How NRN and Datassential put together the 2022 Consumer Picks report

“One of the things that we — along with a fair amount of people in the industry — expected was perhaps that after we got a little bit further out of the COVID-19 pandemic, and all that takeout and delivery, we would see some reduction in that behavior,” said Claire Conaghan, director of content at Chicago-based Datassential, which produces the Brand Fingerprints data platform that informs Consumer Picks.

“Consumers are reporting to us that is not the case,” Conaghan said, “and in fact that they are ordering at the same level as they did in 2020 or even more so.”

This year’s True Loyalty rankings — measuring whether customers are really loyal to a brand or visit for its convenience — saw take-away-oriented Papa Murphy’s at the top of the list, just ahead of drive-thru darling Chick-fil-A. The Vancouver, Wash.-based Papa Murphy’s, known for its take-and-bake pizzas, also led the True Loyalty rankings in 2021, while Chick-fil-A inched in at No. 3 last year.

Papa Murphy’s in 2020 debuted a new smartphone app and a new MySlice Rewards program, which were aimed at making the ordering experience easier and fun, according to Kim McBee, chief marketing officer and senior vice president of guest experience and brand marketing. “Service is the most powerful part of the customer experience,” she said.

For Gen X consumers — those born between 1965 and 1980 — and younger, smartphone applications helped fuel those continued behaviors, Conaghan noted.

Datassential found younger and urban consumers preferred mobile app ordering, while older consumers and those in rural areas leaned more toward in-person and phone orders. Placing orders via text or social media had limited appeal outside of Gen Z, or those born between 1997 and 2012, the surveys found.

“Having a good app is going to continue to be important,” Conaghan said, but other, flashier tech tools aren’t as vital. For example, about 51% of consumers said they did not like the idea of food delivery by drone and only 21% found the idea exciting.

Apps can help provide value while maintaining the integrity of a brand’s pricing. Conaghan said that despite economic uncertainties, Datassential is advising its clients to avoid discounting.

“We definitely don't want to go to some sort of price battle where we're trying to sell the best thing for $1.29 or whatever price point,” she said. “Rather, use those apps for very specific value-driven deals that make sense.”

Value correlates highly to brands that customers already like, she added.

One of the biggest differences in 2022 data from the 2021 survey results was that loyalty figures were lower, Conaghan said.

“In general, in every bit of survey data that we've seen, all the numbers are softer than we've seen in prior years,” she said, noting that it might be evidence of a changed consumer.

“Last year, if we looked at True Loyalty for Papa Murphy’s, 66% of people said they were truly loyal,” she said. “And this year, it's 61%. If you look straight down the line at the whole of this, everything is down a little bit. And we see that in all the types of surveys we do.”

The change in the consumer is difficult to fathom, she said, noting that they might be more cautious in everything they do — and a bit harder to impress.

What can restaurant brands do to meet the demands of that more cautious consumer, especially in an environment that relies more often on off-premises occasions?

Conaghan suggested that restaurants particularly need to ensure the quality of food, no matter if it’s served in the restaurant or delivered.

“It’s pretty much the restaurant’s responsibility to make sure to live up to customers’ expectations,” she said. “If you have a great reputation and that first delivery occasion goes well, that consumer will continue to be loyal. It’s everything, even the packaging that can be the key thing to allow your food to shine.”

Datassential’s surveys found that off-premises orders in 2022 were more than twice as likely to come from chain brands rather than independent restaurants. Gen Z and urban customers were more likely to order food from independents.

When dining away from home, the data indicated that motivations differed considerably by restaurant segment. Convenience and craving skewed toward limited-service restaurants, while special occasions are much more likely to spur upscale full-service restaurant visits. Fast-casual restaurants had the highest association with healthy meals but frequently drew visits for what consumers considered “splurge” occasions.

Texas Roadhouse continues to streamline its take-away operation, installing special pick-up areas in some units. And Red Lobster earlier in September brought back its Endless Shrimp promotion with five options, including a new parmesan bacon shrimp scampi as well as shrimp skewers and breaded and fried shrimp.

“Ultimate Endless Shrimp is a fun, guest-favorite promotion that has become an annual tradition for many,” said Patty Trevino, chief marketing officer of Red Lobster, in a statement. “From friendly family competitions to see who can eat the most shrimp, to those who love the freedom to try new flavors and preparations, to those who simply love the ability to enjoy their favorite shrimp dishes endlessly, we can’t wait to see all the ways our guests celebrate this event with us this year.”

Conaghan said brands that offer something “distinctly associated with the chain” are more likely to increase customer occasions.

Appealing to those customer cravings for specialty items can help a brand increase visits without reducing prices.

“You don't want to go back to that price-point battle,” Conaghan said. “There are so many other things that you can do to set yourself apart. Having that craveable item for delivery or having that app that those loyal customers use can make a difference.”

“We as an industry,” Conaghan said, “must make sure to continue to innovate rather than going to the land of the pricing battle.”