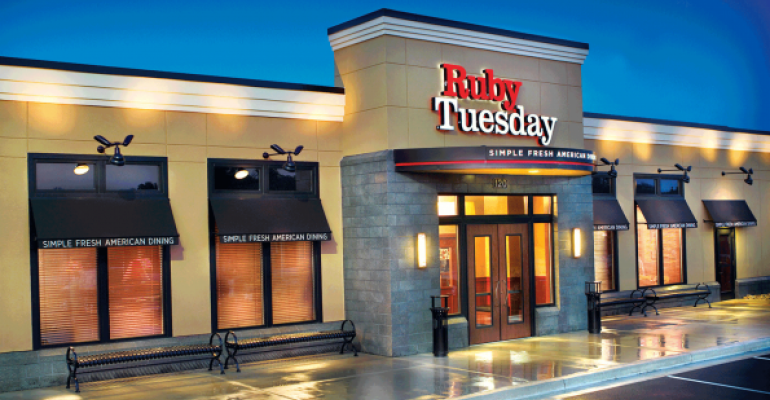 Can smaller menus save bar and grill chains?

Blog: When it comes to the menu, less is often more

Last week, Chili’s announced its official plans to take a chainsaw to its menu. As my colleague Ron Ruggless reported, the bar and grill chain is cutting 40 percent from its menu, taking it from 125 items to 75, with a focus on burgers and fajitas.

In so doing, Chili’s is joining its fellow bar and grill chain Ruby Tuesday in an attempt at improving their focus. Late last year, Ruby Tuesday cut 30 percent from its menu.

The strategies will provide an interesting experiment to see whether bar and grill chains can get more customers with fewer items.

Chili’s same-store sales have been in a steady decline for some time. Same-store sales fell 2.1 percent at company stores in its 2017 fiscal year ended June 28. Traffic in that year fell 5.8 percent. The previous year, traffic fell 3.7 percent.

Ruby Tuesday, meanwhile, has seen a steady erosion in sales over the past decade and closed more than 100 locations last year. Its average unit volumes are now comparable to those of Taco Bell.

The entire bar and grill segment has been in crisis. Applebee’s same-store sales have been in freefall over the past year. TGI Fridays average unit volumes have fallen more than 15 percent from 2014 through 2016.

Menu reductions are often companies’ first steps toward a revitalization. Over time, as companies work to generate sales, they frequently add new items and grow fearful of taking existing items off of the menu.

The result can be inefficient, bloated menus, making it more difficult for back-of-house staff to prepare the items, slowing service and potentially reducing quality.

This is a particular problem at limited-service chains that depend on speed, and as such there has been routine pressure on McDonald’s Corp. over the years to cut from its massive menu. Dunkin’ Donuts is testing its own version of a more limited menu. Noodles & Company streamlined its menu last year in a bid to jumpstart its sales.

But casual dining bar and grill chains, too, have spent years adding numerous items to their menus, theorizing that the additions would give them a broad-based appeal.

Instead, this has only served to water them down. At this point, it’s difficult to tell what, exactly, many bar and grill chains are about.

A more focused menu, therefore, is easier to operate. By cutting out unpopular items, chains may lose some customers, but they gain some from the improved speed and service. Marketing of the menu changes helps, too.

These moves don’t always work, however, or at least the changes come too late. And for casual-dining chains facing a sea change of consumer sentiment, a more focused menu may not be enough.

In May of last year, for instance, Ignite Restaurant Group reduced the menu size at Joe’s Crab Shack. It filed for bankruptcy protection earlier this year.