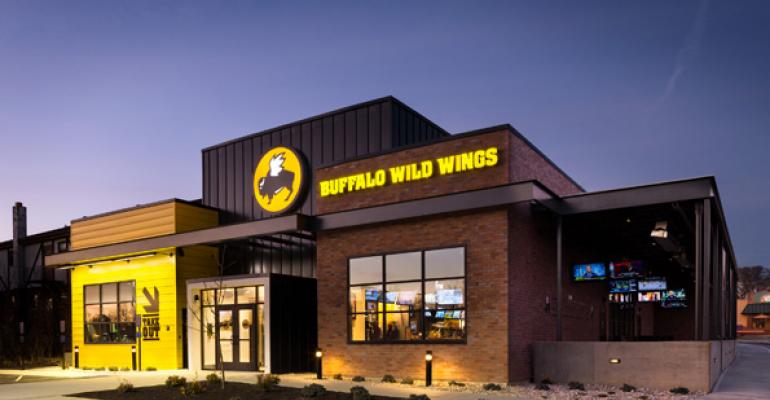 Blog: The stock's 14 percent decline since vote is unusual

One would think that after investors choose to make big changes to a public company’s board, the said company would see a stock price boost in the weeks after the vote.

That certainly hasn’t happened at Buffalo Wild Wings Inc. Since activist investor Marcato Capital Management won three seats to the company’s board, the stock has fallen nearly 14 percent, including a decline of more than 3 percent on Wednesday.

Buffalo Wild Wings' stock began trading on Thursday at $123.90, its lowest level since 2014. The stock is trading below levels seen before Marcato first filed notice of its activist investment nearly a year ago, and it's down nearly 30 percent from a peak in December.

That kind of decline is unusual. Activists are generally seen as good for stocks because they tend to light a fire under company management and boards by forcing shareholder-friendly changes, and can draw investors. In short, they’re supposed to make things better, and investors should be betting on improvement.

To be sure, bruising proxy fights can shed light on problems within a company that can scare off investors, and some stock price underperformance can ensue. In the Darden Restaurants Inc. proxy, in 2014, the company's stock fell 3.6 percent between the filing by activist investor Starboard Value LP and its proxy. The stock fell another 1.8 percent the day after Starboard won all seats on Darden’s board.

But then Darden's stock price increased steadily over the next couple of weeks and soon erased those losses. Darden’s stock has kept going, rising 83 percent since the proxy vote.

The level of the selloff at Buffalo Wild Wings is therefore unusual. Investors apparently dislike their own decision on the company’s board.

Stephens analyst Will Slabaugh cited, in part, “uncertainty” at the company following the proxy vote and the subsequent resignation of longtime CEO Sally Smith when he downgraded Buffalo Wild Wings' stock. And investors do not like uncertainty.

But why would the uncertainty be any more common at Buffalo Wild Wings than it would be at any other company that loses a proxy vote?

There’s always uncertainty in these situations because such votes bring in new people on a company board. And Smith’s resignation was to be expected in a Marcato proxy win because the activist called for her departure. Even without that, however, investors should have expected a CEO change.

Proxy votes just about always lead to the departure of a company’s chief executive, either because the board opts to replace the CEO as a defensive move, or because the CEO reads the tea leaves in the vote and resigns, as Smith did.

What’s more, Buffalo Wild Wings will likely get its pick of replacements. For all of its issues, it remains one of the best names in casual dining. Candidates will line up for the job.

Regardless, the board now takes over a Buffalo Wild Wings that has investors far more skeptical than they were in the fall of 2015, when the stock was above $200 per share. The stock is down nearly 40 percent since then, and the proxy fight has apparently made things worse.