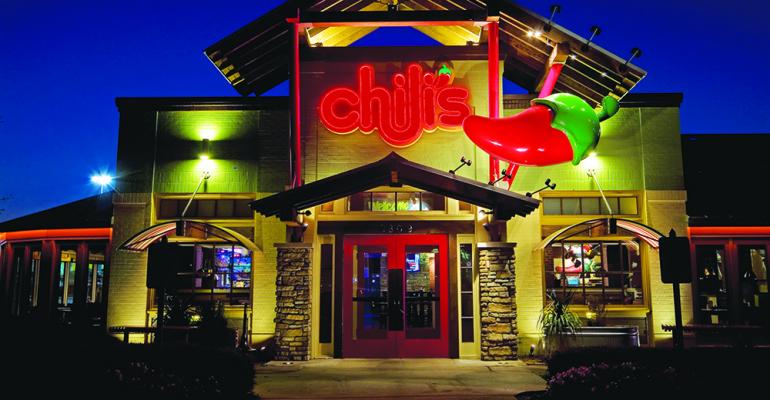 Hurdles have been systems and operations, CEO Wyman Roberts says

“We’re close to finding a partner that is capable of managing our scale,” said Wyman Roberts, CEO of the Dallas-based casual-dining company, in a third-quarter earnings call.

The parent to 1,623-unit Chili’s and 53-unit Maggiano’s Little Italy brands has been offering to-go ordering for off-premise customers for several years, but it has delayed its entry into individual-order delivery for Chili’s.

To-go sales increased at both Chili’s and Maggiano’s in the quarter ended March 27, Roberts said, with both brands seeing to-go revenues increase 17% and half the orders coming through digital channels.

But while Brinker had integrated third-party delivery at Maggiano’s, he said, individual-order delivery at Chili’s faced hurdles.

“The biggest one for us was just operational integration,” Roberts said. “The approach that a lot of the third-party delivery companies were taking — which was, ‘Hey, we’re just going to throw our iPad in your system and good luck’ — just doesn’t work for us.”

Roberts said busy days and weekends require Chili’s to have the best operational systems in place.

“We’ve invested a lot of time, money and resources to making sure we set our operators up for success, and to just throw a wrench in the middle of their business — especially during volume [periods] — just wasn’t going to happen,” he said.

Large-scale third-party delivery players are now willing to adapt their technology into the casual-dining brand’s systems and operations, Roberts noted.

“The next thing is: ‘Now, how do we all make money off of this?’” he said. “And we’re starting see there’s a model now that will allow us to do that.”

Roberts said Brinker’s executive team has never doubted the potential of delivery but it needed to work it into Chili’s system profitably.

Roberts added that Brinker is “setting parameters for whomever we partner with around the ability to execute at a high level in the restaurant,” as well as data sharing and integration.

The goal is to provide a customer experience with delivery that is as good as that for in-restaurant and takeout orders, Roberts said.