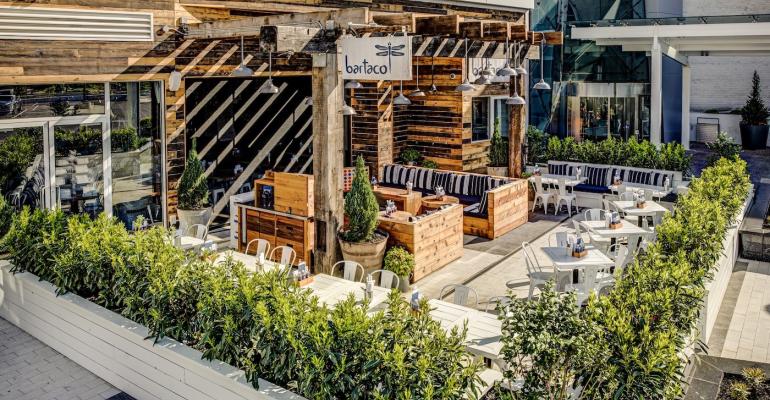 Bartaco
During the pandemic, Bartaco introduced "picnic on the patio" and QR-code menus and ordering.
News>Casual Dining

From ‘picnic on the patio’ to QR-code ordering, brand changes are outlined by CEO Scott Lawton

Bartaco has evolved its service model during the COVID-19 pandemic, adding such lifestyle offerings as “picnic on the patio” and layering on touchless ordering and menus via quick response, or QR, codes, according to CEO and co-founder Scott Lawton.

The Greenwich, Conn.-based casual-dining concept, which has 20 restaurants in 14 states, has opened all its units in some capacity, depending on local restrictions. It opened a new Ballston Quarter location in Arlington, Va., last week.

Related: Scott Lawton, CEO and founder of Bartaco, on why hospitality is safety, and the introduction of family packs to the menu

After co-founding the brand in 2010 and leaving when it was sold to Del Del Frisco’s Restaurant group Inc. in 2018, Lawton returned in February — just a month before the pandemic — was declared. 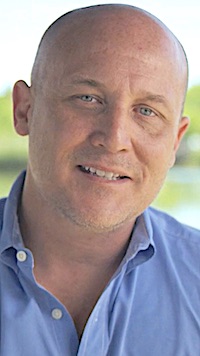 Lawton said the pandemic has especially led to an evolution in guest-facing technology for the beach-themed Bartaco.

“We moved to QR dining during this [period], which was sort of a natural,” Lawton explained. “Our customers were used to filling out an order card and handing it off, so this was sort of the next step digitally to make that work.”

The company began the project with OLO and eventually partnered with OneDine to produce the technology it now uses. The new technology allows customers to keep tabs open and reorder items.

“Through this, we’ve not only created something the customer likes but created a lean model for our labor,” Lawton said.

He said Bartaco has shaved six points off its labor costs, even when sales were down because of the pandemic restrictions, and crew members have been moved to a pooled-tip program where it is allowed and that has reduced the number of front-of-house servers.

“The key is making sure that the guest doesn’t feel it,” Lawton cautioned, adding that the average Bartaco hourly wage was $23 to $24 an hour even when sales were constrained.. When the pandemic eases, Lawton said he expects that to be “upwards of $30 an hour.”

Bartaco continues to adapt the service model, he added.

“We keep working to make it cleaner and simpler for the customer,” Lawton said. “We’ve found most customers are adopting it.”

Where possible, Bartaco units have also capitalized on sales of cocktails to go, especially the popular margarita and margarita mixes.

The brand is expecting three to four new openings this year, Lawton said, and he remains hopeful about the future when COVID-19 vaccinations are widely available.

“I think, as we come out of this, we are going to see a real resurgence in the restaurant industry,” Lawton said.

For now, Lawton said Bartaco is focused on what he calls the brand’s three pillars: Staying connected with customers, taking care of team and serving as a responsible member of community through such programs as feeding first responders.