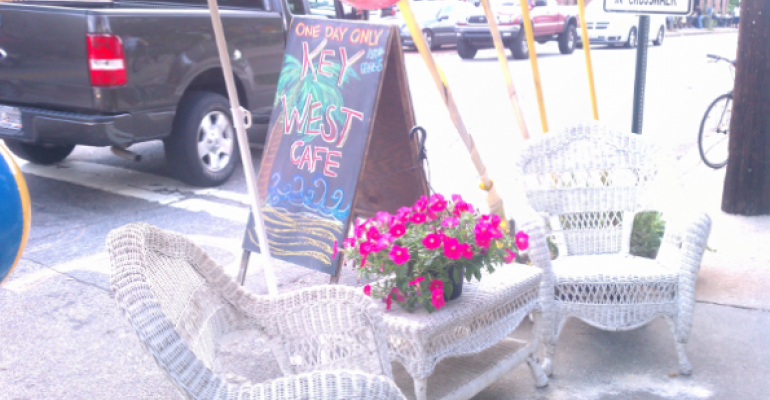 You thought this was a Mexican restaurant? April Fools'! 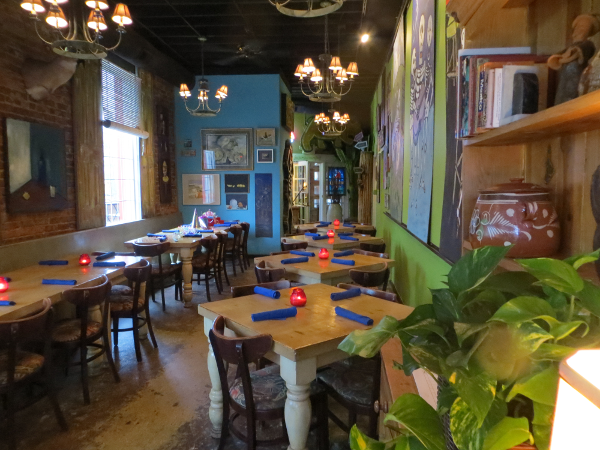 Pictured above is Across the Street, which is a Mexican restaurant in Atlanta's Old Fourth Ward neighborhood owned by Alisoon Wild and Lana Banks.

Unless you go there on the first day of the fourth month of the year, and then, April Fools! Maybe it's Barbecue Betty's Roadside Grill or Key West Coastal Café, or a French place called Le Quatrième (pictured below). 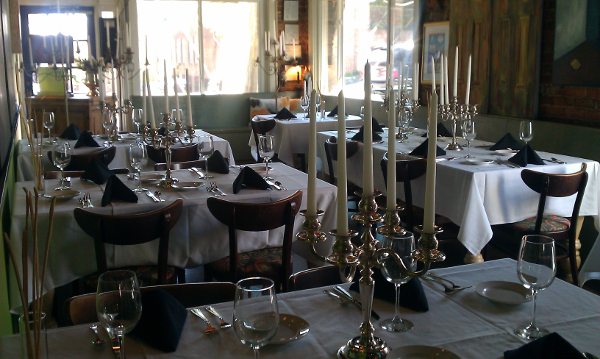 Le Quatrième was so-named because it was the fourth year that they pulled a switcharoo on their customers for April Fool's Day. The first year it was an Italian place that they didn’t get around to naming. After all, it only existed for one day.

“My mom was in town and she makes the best meatballs ever," said Wild about the first April 1 pop-up restaurant, which also had Caesar salad, Fettuccine Alfredo and canolis on the menu.

“We had all these Chianti bottles on tables with candles burning," Wild said.

Not everyone got the joke (“Some people got mad at us,”), but Wild said they were convinced to order of the one-day menu anyway, "and had a really great time.” 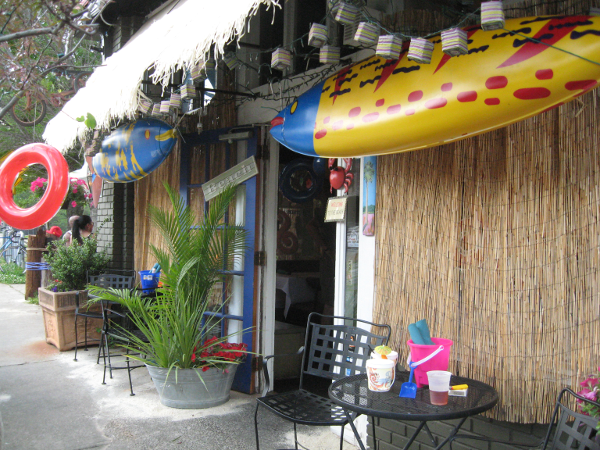 Wild and Banks brought in around 200 pounds of sand to cover their brick patio to make the Key West Coastal Cafe, where they served conch fritters, lobster rolls and other casual seafood fare. They also hung up those giant fake fish and exchanged their regular patio funiture for wicker.

Wild said switching things up for April Fool's Day wasn't such a big stretch for Across the Street, which she said is a neighborhood hangout first and a Mexican restaurant second.

In general, they try to stir up excitement on otherwise quiet nights.

"Karaoke and trivia were already taken, so we did April Fool's," she said. “It was a way to keep our clientele guessing.”

She and Banks sort of have experience with pop-ups: They owned a vintage store in the past and used to have to set up quickly when they displayed their wears at traveling antique shows.

But still, "It's pretty much a blitzkrieg of design and storage," she said, and one that requires lots of planning.

This year it will be a little easier, since April 1 is on a Tuesday and the restaurant's closed on Monday, so they'll have a full day to do the work.

"We paint the walls, change the art, everything," Wild said.

But that doesn't mean it's a huge expense.

“The trick is to make it pretty low budget,” she said. They start planning for the next April Fool's Day on April 2, giving them a year to bargain-hunt.

Across the Street isn't the only restaurant to dress up as another restaurant on occasion. As you might recall, last October I wrote about Salvatore’s, an Italian restaurant in Boston that dressed up as a Mexican restaurant, Casa Salvatore, for Halloween.

What will Across the Street be this April 1? Wild says you’ll just have to wait to find out. 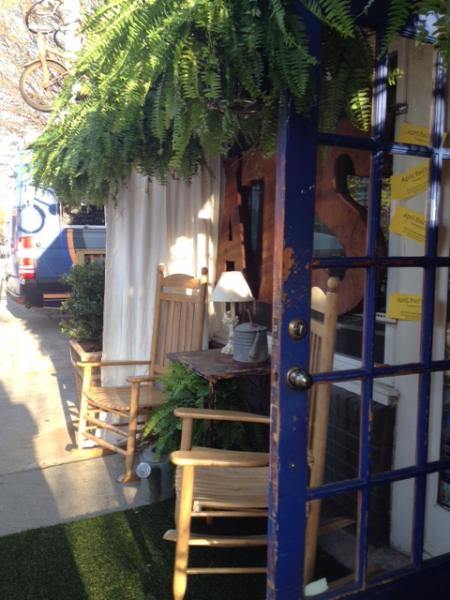 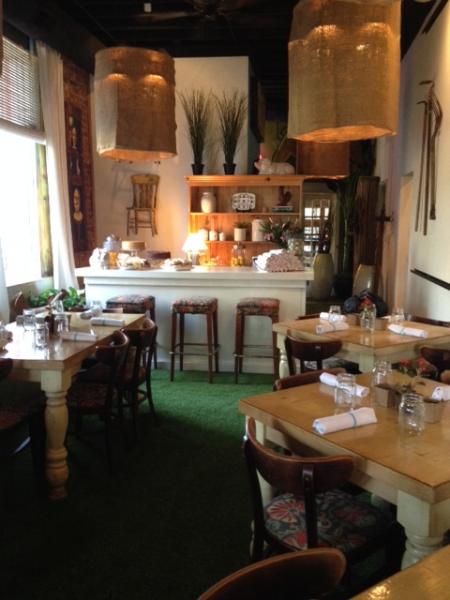