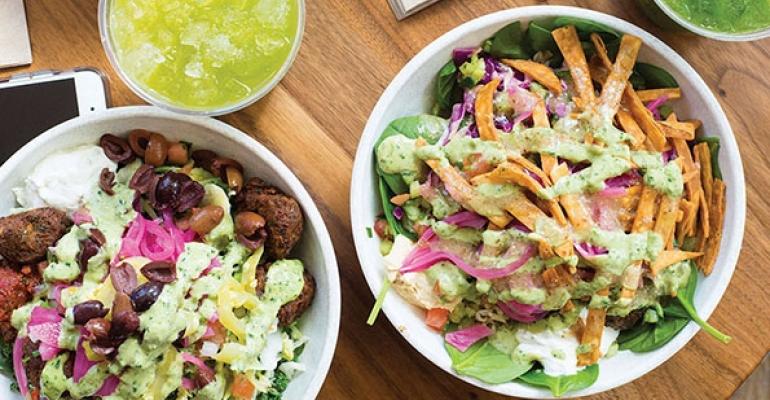 As we have written about, investors are pumping money into small, startup concepts that promise to grab market share in the coming years.

And then Cava Group announced its latest investment round, $45 million, from various investors, including Revolution Growth. It was the chain’s second round this year, totaling more than $60 million.

The minority investment means it has an implied valuation of at least $90 million. That’s pretty good for a company with an 11-unit chain, Cava Mezze Grill, albeit one with a burgeoning business selling products inside Whole Foods markets.

The valuation implied with that investment fully illustrates the current market and how the influx of new and different money into the space is changing how restaurants are financed.

Private equity groups are pumping money into relatively unproven concepts. Venture capital — once unheard of in the restaurant space — is suddenly more common. The investment is enabling small concepts with differentiated menus and, preferably, a fast-casual service model, to get top dollar.

It’s also changing the way restaurant concepts get funded. Rather than invest in a company based on a traditional multiple of its cash flow, the investors appear to be looking at the chain’s needs and funding them — regardless of the price.

One of the investors in Cava is Revolution Growth, the investment fund started by AOL founder Steve Case and Washington Wizards owner Ted Leonsis. It is funding disruptive companies and has taken a keen interest in restaurants lately. In the process, they’re bringing a technology background into restaurant investing.

Earlier this year, Revolution participated in a $35 million investment round at the healthy fast casual chain Sweetgreen — which followed investments of $18.5 million and $22 million in the previous two years, respectively.

It’s not just venture capital. Private equity groups are putting money earlier in growth chains. Roark Capital invested in 13-unit Naf Naf Grill earlier this year, and last year KKR invested in Lemonade. The funds are enabling the concepts to expand without some of the traditional funding mechanisms, such as franchising.

Cava, for instance, is a highly regarded concept that sells healthy Mediterranean cuisine. Its restaurants are popular, and the chain is well regarded enough to have earned a Hot Concept award from Nation’s Restaurant News.

Besides Revolution Growth, investors include Swan & Legend Ventures, a Leesburg, Va.-based venture capital fund that invests in startup consumer companies and businesses that support them. Another investor, Invus, describes itself as an equity investment firm that deploys “patient capital” into companies that “seek to transform their industries.”