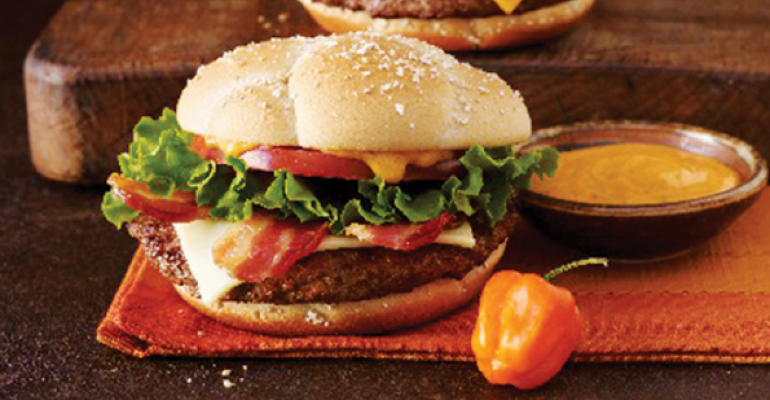 McDonald’s struggles in recent years have been due largely to the chain’s failure after 10:30 a.m.

At a media gathering at their soon-to-be-former headquarters this summer, McDonald’s Corp. executives made a subtle change in the way they describe the company.

Since Steve Easterbrook became CEO in 2015, he had routinely said McDonald’s was going to be a “modern, progressive burger company.”

But at the gathering, executives called McDonald’s a “modern, progressive burger and breakfast company” multiple times.

Indeed, calling McDonald’s a burger chain — which I frequently do — is incomplete because the brand in recent years has sold more and more breakfast items and fewer and fewer burgers.

McDonald’s struggles in recent years have been due largely to the chain’s failure after 10:30 a.m.

While this was happening, McDonald’s routinely referred to its breakfast daypart as strong. That suggested the problem was even worse when that daypart was factored out — perhaps a 2.5-percent to 3-percent cumulative decline in after-breakfast same-store sales. And traffic was much, much worse.

McDonald's reliance on breakfast has only grown this year because its improvement has been largely kickstarted by all-day breakfast. McDonald’s, which is now lapping its 5.7-percent quarterly growth, has expanded the breakfast items it is offering all day in a bid to maintain growth.

Yet its long-term improvement still probably depends on those burgers — which, according to the Wall Street Journal, account for 20 percent of sales.

McDonald’s is clearly working to improve the quality of its burgers. It is testing fresh beef. It also has a “sensory panel” that is helping it focus on the flavor of the burgers, according to the Wall Street Journal.

The problem is that improving burger quality runs the risk of hurting McDonald's trademark speed.

Over the years, McDonald’s has cut numerous corners on quality in the name of speed and customization. Burgers are pre-cooked and held in warmers, for instance. Yet the burgers lose some of their quality as they sit in warmers.

McDonald's has proven that simply cooking burgers to order and changing the searing process can have a dramatic impact on quality. But if it makes burgers to order, that could slow down the process and drive away customers who have grown accustomed to getting their Big Macs quickly.

Or, the chain could choose to change the way it prepares burgers — something franchisees might not have the stomach for after years of remodels and spending on various initiatives, and as labor and other costs eat into profits.

Nevertheless, the issue illustrates the tight position McDonald’s is still in, despite recent improvement.

Consumers are clearly getting picky. They have more choices than ever before. Fast-casual burger chains like Five Guys and Smashburger have taken away the quality-focused consumers, while convenience stores and chains like Burger King and Wendy’s have competed more aggressively for consumers looking for convenience, speed and value.

McDonald’s must balance its need to satisfy those customers without abandoning those who prefer speed.