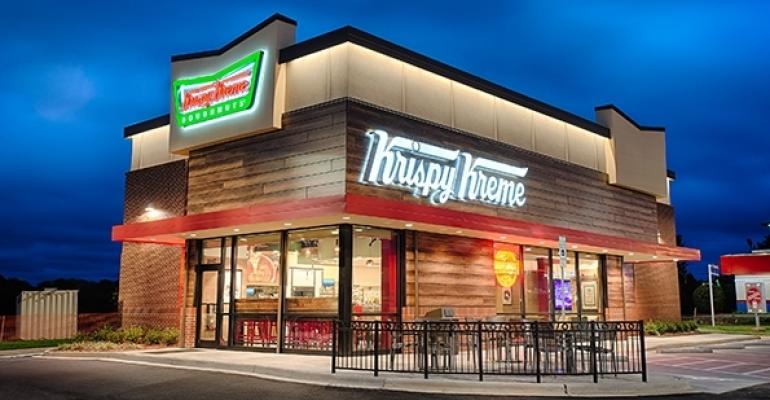 JAB Holding Co. isn’t getting its doughnuts cheap: The German conglomerate said Monday that it plans to buy Krispy Kreme Doughnuts Inc. for $1.35 billion. That is not a small sum for a mostly franchised chain of 1,100 locations that sell primarily doughnuts.

To put that price another way, Krispy Kreme is fetching about 19 times trailing earnings before interest, taxes, depreciation and amortization, or EBITDA. Private-equity groups typically prefer avoiding multiples that far into the double digits unless they view it as a really good opportunity.

While 19x seems like a lot for Krispy Kreme, it apparently paid a higher multiple to fetch Peet’s.

But that's the going rate to take a restaurant chain private. While valuations of publicly-traded chains have eased some over the past year, they remain historically high. The deal represented a 25-percent premium over Krispy Kreme's closing price on Friday.

The success of the deal over the long term could well hinge on JAB’s ability to get Krispy Kreme to sell more coffee.

If anybody outside of Seattle can get Krispy Kreme to sell more coffee, it’s JAB.

Krispy Kreme has been talking about pushing coffee for many, many years. Check out this story in 2007, and then read this one from earlier this year.

As it is, Krispy Kreme has done a good job of returning to growth. Over the past four years, its U.S. system sales have increased just more than 24 percent, according to Nation’s Restaurant News research. And its international growth has been spectacular: The company added 115 international locations last year, and now 824 of the chain’s 1,121 units are outside of the U.S.

But coffee could make it more prevalent. People drink a lot more coffee than they eat doughnuts. That could drive frequency that could, in turn, sell even more doughnuts.

Yet breaking into the coffee game is notoriously difficult, as Krispy Kreme has no doubt experienced. Consumers are habitual when it comes to the morning drink. And coffee sales at restaurant chains depend on many other elements than simply whether a concept has a good brew: Speed and convenience are key. So elements like a shop’s location along with the morning traffic flow play a key role in whether a unit sells coffee or not.