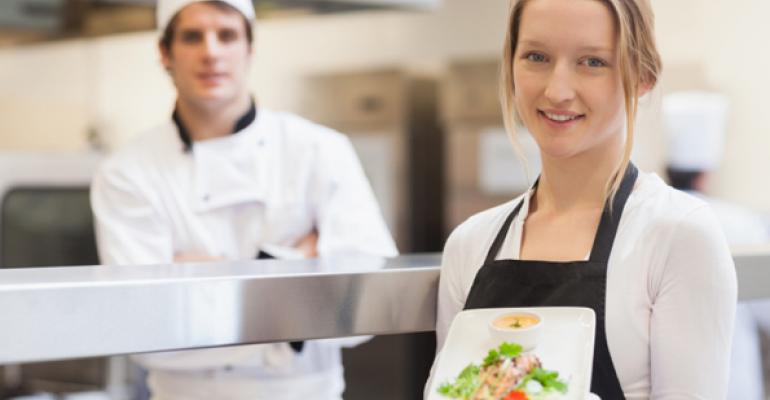 Official numbers are beginning to emerge that confirm what restaurant operators already knew: Turnover rates have been pushing higher.

The turnover rate in the economy’s hospitality segment in 2015 rose to 72.1 percent, up from 66.7 percent in 2014, according to a recent Bureau of Labor Statistics report. It was the fifth consecutive year of turnover rate increases.

Bruce Grindy, chief economist for the National Restaurant Association, posted this week that turnover rates remained below the pre-recession high of 80.7 percent in 2007, but the 2015 rate was more than 15 percentage points higher than the 56.4 percent logged in 2010. The bureau does not report data solely for restaurants but uses a broader “accommodations and foodservices” sector.

Grindy noted that between 2002 and 2006, the annual turnover rate in the category averaged 80 percent. 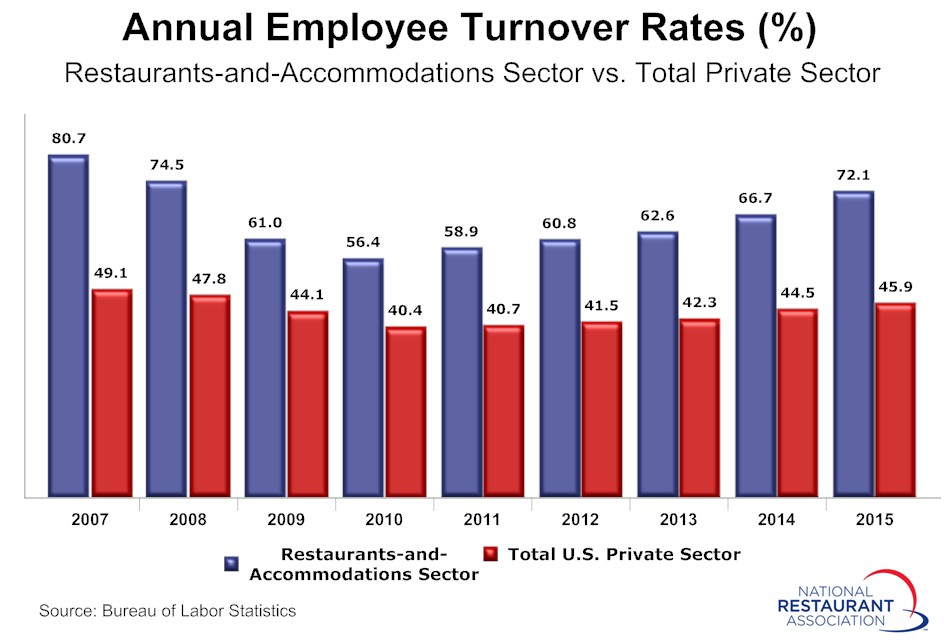 • The quits rate in the restaurants-and-accommodations sector was 50.3 percent.

• The layoffs-and-discharges rate was 19.5 percent.

• The category for other separations, including retirements, transfers, deaths and disability, was 2.3 percent.

Grindy said rising quit rates indicate “workers are increasingly confident in the labor market and are willing to move to another job.”