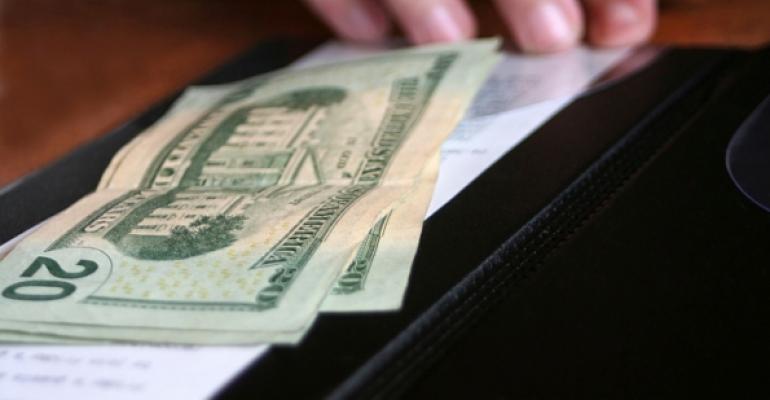 The first month of the fourth quarter was weak for the restaurant industry. Same-store sales dipped into negative territory, falling 0.2 percent, for the first time since July 2014, breaking a 14-month streak of positive sales growth, according to data reported by TDn2K’s Black Box Intelligence through The Restaurant Industry Snapshot, based on weekly sales from over 22,000 restaurant units and more than 120 brands representing $55 billion dollars in annual revenue.

More concerning is that this represents the second consecutive month that sales growth has deteriorated compared with the previous month. Furthermore, October’s same-store sales decline of 1.4 percent compared with September’s same-store sales growth is the worst since June 2013, excluding declines reported in December 2013 and February 2015, mostly attributed to unfavorable winter weather.

“2015 year-to-date same-store sales growth is 1.9 percent. Despite this vast improvement over the 0.6-percent growth reported for 2014, it is below our expectations for the year,” said Victor Fernandez, executive director of insights and knowledge for TDn2K. “Also noteworthy is that even though this year’s results are much better from a sales standpoint, this is a result of higher average guest checks and, to a lesser extent, the result of any improvement in traffic. Year-to-date traffic growth has improved by 0.5 percent compared with 2014, while the average guest check growth has improved by 0.8 percent.”

Same-store traffic fell 2.8 percent for October, which represents a 1.5-percent decline from a 1.3-percent drop reported for September. This October traffic growth rate is the worst result experienced by the industry since December 2013 through February 2014, which was significantly depressed due to weather conditions.

“It seems that the slowdown in the restaurant industry is real as we go into the fourth quarter,” Fernandez said. “What complicates the situation even more for the industry is the fact that as we get into November and December, weather starts playing a bigger part in results. It will just take a few weeks of really bad sales and traffic due to winter storms for the fourth quarter to potentially end up being negative in same-store sales growth.”

The best performing region during October was California, with 3.7-percent same-store sales growth and a 0.2-percent decline in traffic. This is the third consecutive month in which California has been the top performing region of the country. Although the state’s unemployment rate is higher than the national average, year-over-year change in unemployment and increase in personal income rank among the highest in the country, resulting in superior restaurant sales performance.

The worst performing region was the Southwest (Louisiana, Arkansas, Oklahoma and New Mexico), with a 3.7-percent decline in same-store sales and a 5.4-percent drop in traffic. This region has been the worst performing for the last two months, and for seven of the first 10 months of the year. This region, impacted by the weakness in the energy sector, is suffering the lowest disposable income growth compared with other areas of the country. The slowdown in sales was widespread at the market level. Out of the 193 DMAs tracked by Black Box Intelligence, 112 of them, or 58 percent, experienced negative same-store sales growth during October.

In terms of the six segments Black Box Intelligence tracks, fine dining continues to be the leader in same-store sales increases, suggesting that corporate spending may be stronger than consumers using their own money dining in the other segments.

Although job growth seems to be slowing down in recent months, jobs are still being created at a very strong year-over-year pace in the restaurant industry, according to TDn2K’s People Report. Job growth for September was 4.8 percent, accelerating from the robust 4.6 percent reported for August. Restaurant job growth has surpassed the 4-percent mark the last three quarters and has averaged 3.5 percent over the last year. Restaurant brands continue to open new units as a means of increasing sales, and this has created the need for more employees.

In addition to the need to recruit for new positions, the staffing challenges for the industry continue to be amplified, and profitability negatively impacted, by the very high hourly employee and restaurant management turnover rates. Rolling 12-month hourly employee turnover continues to increase. As of the end of September, restaurants have experienced 25 consecutive months of increasing turnover levels. For restaurant management positions, rolling 12-month turnover rates have stabilized and have remained flat for the last three months.

As we look at restaurant industry performance from a social perspective we consider three key attributes: “food,” “service,” and “intent to return,” tracked by TDn2K’s White Box Social Intelligence. These results capture social media mentions from an average sample of over 6 million online posts each month. In October, there was a trend of an increasing percentage of service-based posts, while the percentage of online mentions based on food was starting to decline, even though food posts represents the largest percentage of online mentions by a wide margin. This trend was reversed in October, and food posts represented 80 percent of all social media mentions, while service mentions dropped to 15 percent, from 27 percent in September. Intent to return represented only 5 percent of all mentions, another hint at the slowdown in restaurant traffic.

“The chain restaurant industry has experienced a period of expansion in the last 12 months, but that might be starting to change as the economy’s job and disposable income growth remain sluggish and the industry continues to lose guest traffic driven by the reality of a market share battle for the consumers’ visits,” said Wallace Doolin, founder and chairman of TDn2K. “We believe a key to competitive success for successful brands will be winning the workplace challenge of staffing effectively in order to deliver their promise of service and operational execution in this very tough labor market. We also observe a cause and effect of retention and social mentions of execution impacting sales and traffic. It is not an even playing field by segment, geography or execution. Good operators, innovative marketers and the best employers are succeeding and thriving, and will continue to do so.”