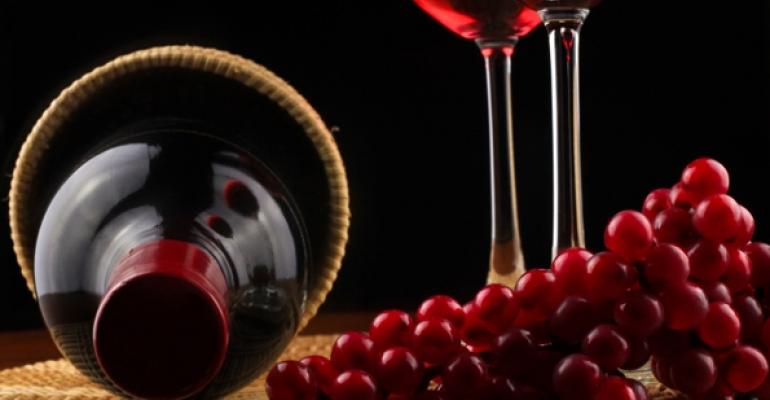 Beverage alcohol sales have long been a challenge for limited-service restaurants, but their fortunes might be improving, at least when it comes to wine, according to recent data.

Restaurant consulting firm Restaurant Sciences LLC, which collects point-of-sale data from around 30,000 restaurants, bars and night clubs in North America, found that consumers are cutting back on wine purchases in bars and buying more of it in restaurants — and the biggest growth in sales is at the lower end.

Although overall on-premise wine sales fell 2.6 percent from May 2013 to October 2013, compared with the same period a year earlier, sales of wine grew by 10.2 percent in the limited-service sector, virtually all from fast-casual restaurants.

Restaurant Sciences president and chief executive Chuck Ellis said that the growth at the lower end came from a relatively low baseline.

“Neither one [family dining nor fast casual] is a big outlet compared to casual dining or bar and nightclub,” he said, adding that the growth is probably due to the increase in restaurants at the lower end selling alcohol.

“There definitely has been an increase in distribution both in fast casual and in family dining,” he said. “Restaurants are always looking for different products.”

However, family-dining restaurants that offer wine, most of them independent, have also significantly increased their wine prices, according to Ellis.

Fast-casual operators that report success in wine sales are finding ways to make their offerings distinctive.

“Our wine program is doing well,” managing partner Spencer Rubin said. “Our intention was to add an additional offering that would improve the guest experience. A glass of wine is a nice complement to any sandwich, especially a grilled cheese, and it is proving to be very successful thus far.”

Andrew Gruel, co-founder and corporate chef of Slapfish, a single-unit fast-casual “modern seafood shack” in Huntington Beach, Calif., said wine accounts for a little less than 10 percent of total sales. “It actually accounted for a larger amount of sales in the beginning,” he said.

However, Gruel changed the restaurant’s service model after opening, removing the floor staff that would sell drinks after delivering customer’s food to tables.

“The primary goal was just to upsell beverages,” he said, but he noticed that his customers wanted a faster experience. “Now it’s more just one and done. They order wine with their meal and they’re out the door.”

But as the concept expands — it plans to open more company units locally and has sold a franchise in the Middle East — Gruel said he plans to make wine visible at the counter in new locations, just as beer is. He also plans to add a commission-based staff member whose sole job will be to touch tables and try to sell wine.

Slapfish’s average check is around $12 at lunch at $16 at dinner, and 70 percent of the business is dine-in as opposed to takeout, according to Gruel.

Ellis of Restaurant Sciences observed that the cost of offering wine at that level is relatively low. “It’s not like you need a wine list or a sommelier,” he said, adding that, in most jurisdictions, beer and wine licenses are relatively easy and inexpensive to get, more so than full liquor licenses.

Restaurant Sciences defines “family dining” as any full-service restaurant with an average total check — not per-person check — of $32 or less. Restaurants with average total checks of $32 to $78 are defined as casual dining, upscale-casual total checks average $78 to $122.50, and anything above $122.50 is dubbed “white tablecloth” or fine dining.