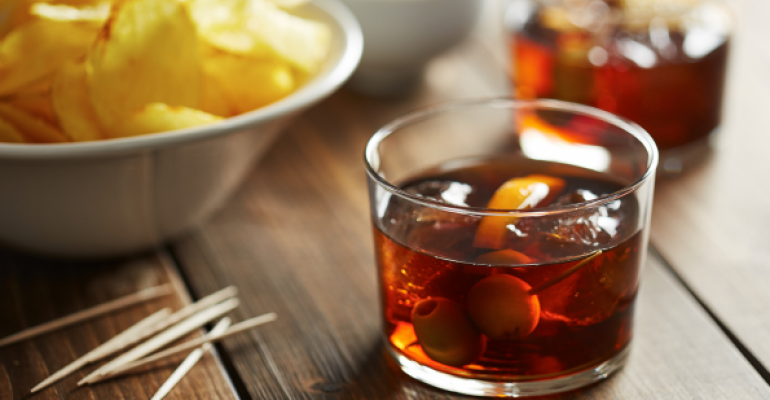 “Vermouth? Oh, that’s that bottle in the back of the fridge.”

Cut to the bartender trying to loosen the metal lid that has been sealed in place by gunk and neglect. She gingerly pours it into a cocktail shaker, using as few drops as humanly possible before shoving it out of sight once again.

For decades, this was the scene at many a bar. While vermouth has always been stocked, bottles were often sadly marooned in the darkest corners of the fridge. But today’s top beverage professionals have rediscovered these delicious gems and are using them to form the backbone of cocktails, featuring them as intriguing apéritifs, and serving them to curious customers looking for something special.

“Interest in vermouth is peaking in the United States,” said Amanda Reed, beverage director at Heartwood Provisions in Seattle. “This is a new phenomenon. A lot of vermouth houses in Europe have been around since the 17th and 18th century, but few were exported in the U.S. market until recently. As the classic cocktail movement has evolved and bartenders and consumers started to care more about the sum of their cocktail parts, there has been more interest in high quality vermouth.”

As with many other products in the beverage world that have a long and rich history, vermouth — whose name is derived from the French pronunciation of the German word Wermut (“wormwood”) in homage to one of its bitter ingredients — has seen its popularity surge and shrink through the ages. While humans have been tinkering around with herb- and root-infused alcoholic-based elixirs almost forever, it’s generally agreed that the first vermouths were created in the Dukedom of Savoy sometime in the 16th century for medicinal purposes. It was the Italians in 1786 who made the first commercial vermouth, a sweet style named Carpano, which quickly took off in popularity and could be found at cafes all around Turin. The French would follow with their own contribution, a dry style from Noilly Prat in 1813.

Relatively simple to produce, but with the potential for a never-ending range of flavor profiles, vermouth is an aromatized, fortified wine. Starting with a base of low-alcohol white wine, or even unfermented grape must, producers then fortify with alcohol (most commonly a neutral grape spirit), add a proprietary mix of herbs, roots and spices, and then allow the mixture to dance into harmony. Afterwards, depending on the style one wishes to make, the vermouth is typically sweetened with cane sugar or caramelized sugar. There are three dominant styles: sweet (red vermouth), dry (white, dry vermouth), and blanc (white sweet vermouth), all mostly falling in the range of 16 percent to 18 percent alcohol by volume.

Classic cocktail recipes such as the Martini, the Negroni, and the Manhattan, all of which feature vermouth as a side player, have kept it stocked on shelves through the leaner years of interest. But today’s beverage professionals are embracing the category with gusto.

In New York City, the fine-dining scene eagerly serves vermouth as both a key ingredient in cocktails, and served on its own as an apéritif. Christine Wright, general manager and wine director at Hearth restaurant, currently stocks between 20 and 25 vermouths.

“I’ve definitely seen guests’ perceptions change,” Wright said. “It's much more common now for someone to order a vermouth on the rocks with an orange peel as an aperitif before their meal, or for them to specify the type of vermouth they'd like in their Manhattan or Negroni.” Additionally, Wright features a large chalkboard above the bar that showcases her vermouth program, leading guests to try them, often for the first time.

“The pendulum is shifting and people are beginning to seek out lower-proof drinking options,” Reed said. “So I find it much easier to turn people on to a vermouth apéritif before dinner. And since traditional cocktails can be overwhelming when paired with food, I personally use a ton of vermouth in my pairing cocktails. Vermouth helps tone down flavor and alcohol while adding desired texture, acidity and sometimes tannin.”

With renewed interest in the vermouth category, intrepid producers have sprung up around the country. Bianca Miraglia, founder of Uncouth Vermouth in Brooklyn, N.Y., began in 2012 by consulting, but quickly began producing her own creations. Focusing on seasonal vermouths, she uses local ingredients she forages from “untouched areas.”

“It combines my interests in wine and foraging,” Miraglia said, “and allows me to get out of the city and reconnect with nature.”

The results are wildly unique. She offers a wide array such as Butternut Squash, Serrano Chile Lavender, Beet Eucalyptus and Pear Ginger. Her vermouths are sold in 13 states and five countries.

Perhaps the most important bellwether for vermouth’s reputation is that it is now being treated with the respect it deserves — both by being included in serious beverage programs, as well as being properly stored and served. A bottle of vermouth should never be served to a customer after having been abandoned at the back of your bar fridge. Instead, treat it like a fine white wine by always refrigerating it and tasting it before it goes to a guest.

And if you can’t get that lid off with a simple twist, it’s time to reorder. Odds are, you’ll need it.