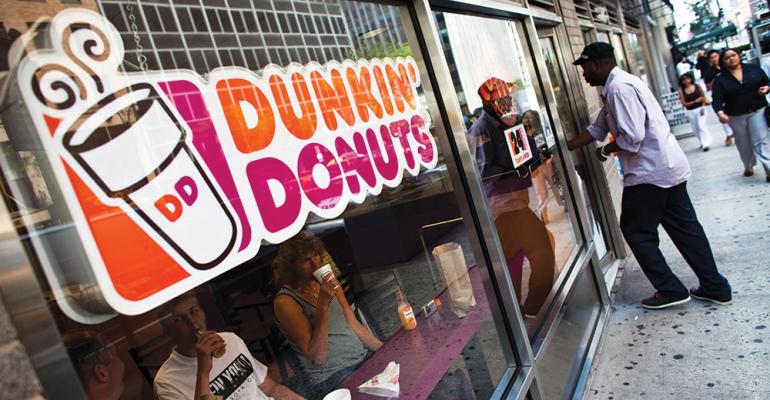 Company says the Dunkin’ only branding will reinforce beverage-led image

An upcoming Pasadena, California location is the first to bear the Dunkin’ only branding, but will be the first of multiple locations included in the trial.

“While we remain the number one retailer of donuts in the country, as part of our efforts to reinforce that Dunkin’ Donuts is a beverage-led brand and coffee leader, we will be testing signage in a few locations that refer to the brand simply as “Dunkin’,” according to a company statement.

The company does not consider this a departure from current branding.

“We have been referring to ourselves simply as Dunkin’ in our advertising for more than a decade, ever since we introduced our ‘America Runs on Dunkin’ campaign,” said the spokesperson.

The trial run on the rebranded name may become part of a larger redesign that is set to roll out during mid-late 2018, and Dunkin’ Brands plans to determine “Dunkin’s” permanence at that time.

The move reinforces comments made by chairman and CEO Nigel Travis during the company’s second quarter earnings call last week.

Travis discussed the company’s initiative to streamline menus and design a new store layout so as to boost efficiency and increase its reputation as a “beverage-led, on-the-go brand.”

The Canton, Massachusetts based Dunkin’ Brands has more than 12,300 Dunkin’ Donuts locations worldwide.