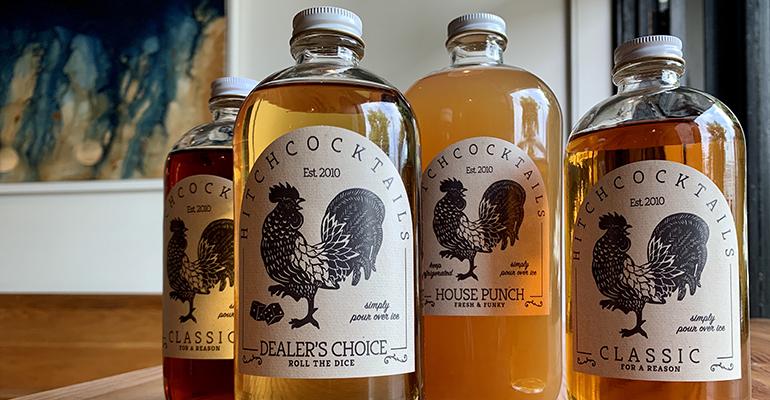 Developed by Carthusian monks more than 500 years ago, this complex spirit is a darling of bartenders

In my early days of working in a bar, there were certain bottles that I simply never touched. They sat there unloved, unused and unknown, tucked away deep in the back bar of endless bottles, wholly neglected and left to gather dust. One of these was Chartreuse. Its bright green liquid (or in the case of the jaune version, bright yellow) was identifiable from halfway across the room, though I never once tasted it, and certainly never poured it for anyone.

But that was more than 20 years ago, and since then, Chartreuse has had a bit of a renaissance. It’s now an ingredient in cocktails around the country, and it also has a near cult-like following among some spirits aficionados.

Related: Flavor of the Week: Chartreuse – the French liqueur that’s more than a color

Today, the United States is the largest export market for Chartreuse, and for good reason: It is not only delicious and perfect as a component in a wide range of drinks, but it may just have the greatest story of any liqueur in the world.

Deep in the Chartreuse Mountains of Southeastern France, Carthusian monks produce the liqueurs that carry the name of the mountains that surround their monastery. It is said that a recipe for a life-giving elixir first made it into their hands via an alchemist’s manuscript in 1605, which required the inclusion of 130 different types of herbs and other plants. Over the next couple of centuries, the monks refined and tinkered with this recipe, eventually producing the liqueur we know today in 1840. It remains one of the most protected and secret formulas, with only two monks at any given time knowing the details of its exact production requirements.

The various herbs are sorted in the monastery into numbered bags, which then travel to the distillery in Aiguenoire, where laypeople assist with the distillation, never fully knowing what it is they are working with. Over the centuries, the monks have gone to great lengths to protect their secrets, including a daring escape to Spain to avoid having to turn over their methods to outsiders. 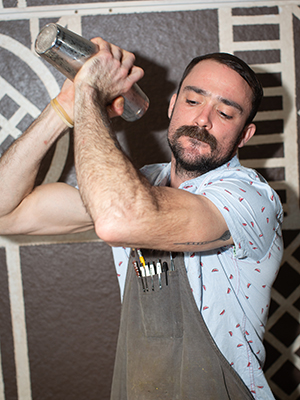 “The fact that Chartreuse is a 400-year-old secret recipe that has been protected and produced by dozens of generations of Carthusian Monks is pretty much a textbook definition of something an individual in the world of beverage would find captivating,” said Fred Jones, left, bar manager at Barano in Brooklyn, N.Y.

The monks produce a green and yellow version of the liqueur, each with its own character and personality. Green Chartreuse clocks in at a heady 110 proof, while the more mellow and honeyed yellow Chartreuse registers at 80 proof.  Additionally, they produce Chartreuse V.E.P. (Vieillissement Exceptionnellement Prolongé which translates to ‘exceptionally long aging’), which is made from the same ingredients as the green liqueur, but sees at least 8 years of aging in large oak vats. These exclusive (and expensive) bottles of vintage Chartreuse are often hunted down by beverage geeks as the nearly-extinct objects of fascination that they are. 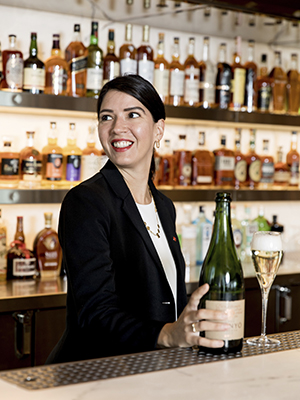 “They are rare and hard to find,” said Amanda Reed, beverage manager at Lotte Hotel Seattle, left. “Due to the complexity of herbs and spices, the flavors change over time. This type of life cycle is rare for spirits, making it that much more intriguing.”

In fact, The Saratoga, a bar in San Francisco that has been in existence since 1908, offers dozens of vintage Chartreuse bottles on its list under the heading “Rare and Forgotten Spirits,” even featuring Chartreuse from the late 1800s at an eye-popping price of $1,250 an ounce.

In the early 2000s, bartenders began digging back into the cocktail recipe books of the past, and the revival of “classic cocktails” was a driving factor in the resurgence of Chartreuse in American bars and restaurants, particularly in such well-known examples as the Last Word (gin, green Chartreuse and Luxardo Maraschino), and the Widow’s Kiss (Calvados, yellow Chartreuse, Benedictine and angostura bitters). And since being firmly locked in the repertoire of the cocktail program, and with new-found appreciation for its versatility, the use of Chartreuse has sky-rocketed.

“Using Chartreuse in cocktails takes a delicate touch,” said Fred Jones. “Less is more due to the potent qualities of the spirit, and even at an eighth of an ounce, it always shines through the other flavor profiles. Chartreuse adds heat, from the high alcohol content, and a bouquet of botanicals to any cocktail. I've found that green Chartreuse works best with clear spirits like gin, vodka, tequila and mezcal, and that yellow Chartreuse goes well with brown spirits — bourbon, Scotch, Cognac.” He currently offers two cocktails that incorporate Chartreuse: I’ve Always Wanted to be a Gangster and Blame it on the Rain. (Recipes below)

During the early days of the pandemic, bar pros began to get savvy with bottled cocktails to go, which became a lifeboat revenue source for many operations. Alexandra Stang, formerly the beverage director for Hitchcock Restaurant Group in the Seattle area, was the visionary and tinkerer for their program. 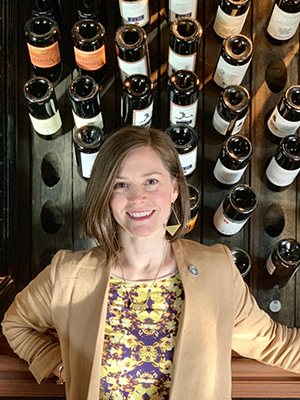 “For the Hitchcocktails pandemic-era bottled cocktail program at Hitchcock Bainbridge Island, I used Chartreuse Jaune in an interpretation of a classic mint Julep,” Stang said. “This was a tricky one to make for bottling, since it’s typically just bourbon, cane syrup, and a smacked sprig of mint for aromatics. I used a touch of mint tea to get the dilution just right, and I found that the Chartreuse Jaune added complex aromatics, and enhanced the infused mint beautifully. This drinks like a richer and fruitier version of the classic, and I daresay I like it even better!” (Recipe below)

Additionally, Chartreuse and chocolate has become a much-adopted pairing, especially among bartenders and beverage professionals. “In wintertime, a rich hot chocolate with a shot of green Chartreuse is a thing of beauty,” Stang said. “It will warm spots of your soul that you didn’t know existed.”

And at the end of the day, so much about great beverages comes down to great storytelling. “When you feature Chartreuse in a cocktail, it provides the opportunity to educate your guests on the elusive history, featuring monks and secret recipes, which is always a crowd pleaser,” Reed said. She is currently offering a drink named Garden in a Glass that allows her to do just that — please the crowds.

I've Always Wanted To Be A Gangster

Blame It On The Rain

Garden in a Glass 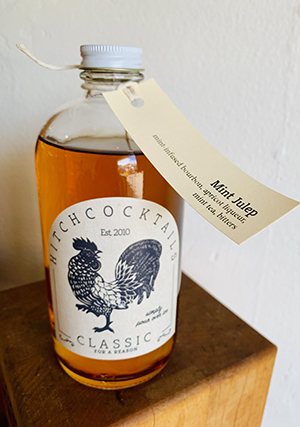