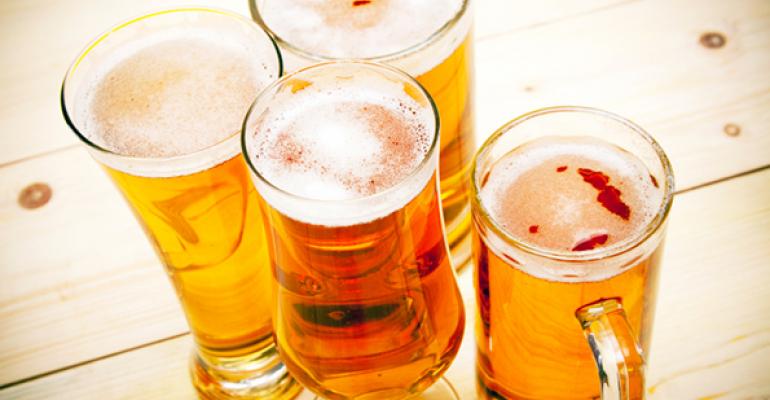 Belgian beer: A variety for all seasons

When I crossed the threshold of the famed Cantillon Brewery in downtown Brussels, I was ill equipped for what I found inside. It was unlike any brewery I’d ever seen: Cobwebs, wooden barrels and 1900s-era machinery, all functioning together in a bizarre harmony, creating a beer that smelled like a barnyard and was sour enough to pucker the stiffest of lips.

It was no museum, but a working brewery, and the beer was unlike anything I’d ever tasted. For geeks like me who prize the rare beer known as lambic, it was a visit to the altar.

Lambic is the oldest beer style in the world that is still being produced, and is made through spontaneous fermentation and bacterial infection. I told you it was weird.

It’s also just one of a wide variety of styles that are unique to Belgium, and that continue to inspire new devotees each day.

For those in the industry who are looked on as “tastemakers,” and are tasked to take guests on increasingly more radical journeys at the dinner table, there is pure gold to be found by mining this ever-so-rich country.

Belgium is home to a broad array of styles, including the the spicy, citrusy Witbier; peppery, yeast-centric Saison; “sour” beers, like the Flemish Red; lambic, with its horse-blanket funk; “Abbey” beers, that include many of the most prized offerings that litter beer tomes; and the dizzyingly high-alcohol, toffee-rich world of the Quadrupel.

If you’re looking for a thirst-quenching beer to be guzzled with your appetizer, or a hearty brew to be served with your molten chocolate cake, Belgium’s got you covered. Having at least a small set of these offerings available for your front-of-house staff to play with can lead to many eye-opening experiences for your guests, who are looking for something off-the-beaten beverage path.

The beers of Belgium are some of the most food-friendly, and for guests who are still unconvinced that a beer can escalate a food pairing to unforeseen heights, let Belgium lead the way. I’ve personally crushed many a wine geek in head-to-head pairing battles by bringing my little Belgian friends to the arena. There are highly carbonated beers that act as palate cleansers when paired with fatty foods such as cheese. There are slightly sweet beers with lower bitterness that pair beautifully with roasted meat, and sours that can take a simple salad in a vinaigrette to a sublime level. Whether it’s with salted caramel, a delicate fish dish, a simple roasted chicken or stewed lamb, there is a Belgian beer, or three, that can meet these foods in a gentle embrace and spin them across the dance floor as solid partners.

Beer has been brewed for nearly 5,000 years in Belgium, and has a long historical connection to the monasteries. The sight of robed monks stirring the brew kettle hasn’t changed much throughout time, yet a number of the beers from the Trappist monasteries, such as the famed Westvleteren 12, are ranked among the best in the world.

But don’t think the monks are seeking glory. In the Trappist sect, the profits from the products made on-site are funneled right back to keep the monastery running. It is beer brewing at its most pure, devoid of focus groups and market forces.

The recipes of the world’s greatest beers are kept under intensely guarded lock and key, and some monastic breweries have been forced to come up with sophisticated reservation systems to deal with the crowds who line up at their front doors to purchase their prized, and often tiny, allotments, since their beers are not distributed outside their walls.

What are the most popular beers on your restaurant or bar menu? Join the conversation in the comments below.

But in 2012, the monks of the St. Sixtus Abbey, which produces Westvleteren, needed money to pay for a new roof, so they did the unthinkable and released a batch of beer to be sold in the United States through select retail channels at a price of $84.99 for six bottles. Frenzy ensued, and many stores sold out of their stash in less than an hour, much to the disappointment of scores of fans that had camped out in the days preceding the release. Even as more great beer is released each day in the U.S., the “Westy 12” continues to garner 100-point rankings, along with many of its compatriots that are created in the hallowed walls of the monasteries.

Belgium has a way of shocking your senses with never before experienced flavors, and spinning your imagination in circles with its stories of rich brewing history. It can be disorienting to try to categorize the many styles it offers, but for those who dive in head first, the rewards are there to be had in spades.