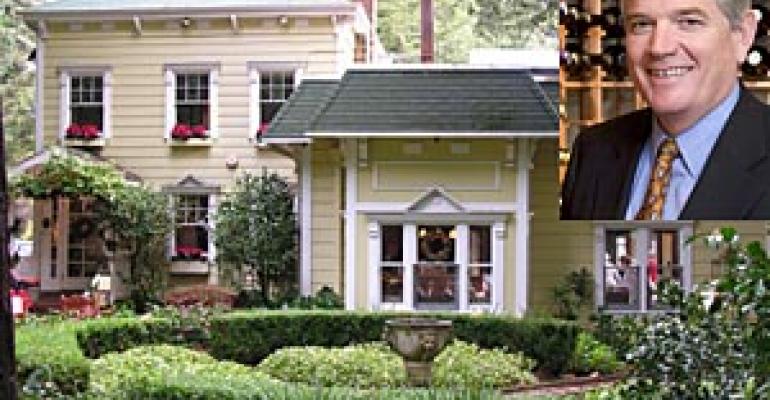 A $150 Napa Valley Cabernet Sauvignon marked down to $75 and a $65 Russian River Valley Chardonnay slashed to $32.50 are two of more than 200 wine bargains touted by the Lark Creek Inn in Larkspur, Calif., for its Half-Off Wine Fridays in February.

Marking down the whole wine list leads to “a very noticeable boost in reservations and cover counts,” said John Hulihan, vice president of beverage and service for the 10-restaurant San Francisco-based Lark Creek Restaurant Group. In addition, it creates “a clear shift” in product mix on Friday nights, as gleeful patrons select higher-caliber wines than they usually do, Hulihan said.

Lark Creek’s promo is one of many price-off food-and-beverage promotions that operators are dangling in front of recession-spooked patrons these days. A few others include Small Bottles/Small Bites at the Ritz-Carlton Bar in San Francisco, Low Fare at Pops for Champagne in Chicago, the Limitless American Wine Special at Besh Steak in New Orleans and Market Menus at Breadbar in Los Angeles.

“I’m hearing from so many restaurants about how slow they are,” said David Glancy, M.S., director of wine schools at the Professional Culinary Institute in Campbell, Calif. “They have to react. That’s why there are more deals now.”

Discounts have the power not only to boost sales and customer frequency, Glancy said, but they also can tempt patrons to purchase a second bottle or trade up to a higher-priced selection, “if the buys are good enough.”

Lark Creek’s deal follows the mold of a popular month-long half-off sale the company runs in its Bay Area eateries each July. The sale originally was devised to counter the business slump that followed the 9/11 terrorist attacks and the downturn of the local technology industry.

Small Bottles/Small Bites at The Ritz-Carlton Bar is a quicker, less costly, more casual alternative to The Ritz-Carlton San Francisco’s premier restaurant, The Dining Room. Featured are more than 100 half-bottles of wine and such small plates as tuna tartare, lobster risotto and seared foie gras by chef Ron Siegel.

“Right now we see that people are more careful about how they spend money,” said director of wine/sommelier Stephane Lacroix. “The idea is to let guests enjoy a few fun bites and a nice half-bottle without breaking the bank.”

Another upscale establishment exploring a more laid-back, less-pricey experience is Spring, a New American seafood restaurant in Chicago. Spring opens its bar and lounge on Monday evenings, formerly a night when the house was dark, to greet patrons with affordably priced glasses of wine, classic cocktails and varied small plates.

“We didn’t want to change our concept, just add another level to it,” said co-owner Sue Kim-Drohomyrecky. The promo attracts patrons in their 20s and 30s, a bit younger than Spring traditionally skews, she said.

“I feel strongly that great restaurants keep evolving, not only to try new things but also to attract different demographics,” she said.

Bargain food is the lure of the new Low Fare deal at Pops for Champagne. The bubbly bar offers any item on its small-plates menu, which ranges from oysters to a braised pork sandwich to poached lobster skewers, for a 37-percent discount on weekdays from 3 p.m. to 7 p.m.

“We have so many Champagnes, it’s hard to promote them,” said owner Tom Verhey, who stocks more than 125. “We thought we would just entice them in with food, and hopefully they’ll enjoy some of our fine beverages.”

It’s called the Limitless American Wine Special at Besh Steak in New Orleans, one of the four Besh Restaurant Group concepts in the Crescent City. On Monday through Wednesday evenings, general manager Jeff Gulotta pours as much as a guest likes of any of five reds, five whites and one sparkling wine, for a fixed price of $20.09.

To make the economics work, Gulotta’s vendors hunt for good wines priced at $100 or less per case. “We’re really not losing a whole lot of money if the bottle costs me $9 and we charge people $20 — they’re paying for two bottles,” he said. Patrons appreciate the value: “They’re not spending $60 or $70 for four or five glasses of wine,” he said.

At the two Los Angeles locations of Breadbar, an artisanal bakery-bistro, cash-strapped consumers can dine in style on three-course Market Menus, featuring the cuisine of chef Noriyuki Sugie, priced at $15 at lunch and $20 at dinner. A flight of three wines, priced at $15, is a companion offer.

The prix-fixe menus “make us competitive, and we still have a margin,” said Daniela Galarza, “breadelier” of Breadbar. “As long as we do it in volume, it’s profitable.”