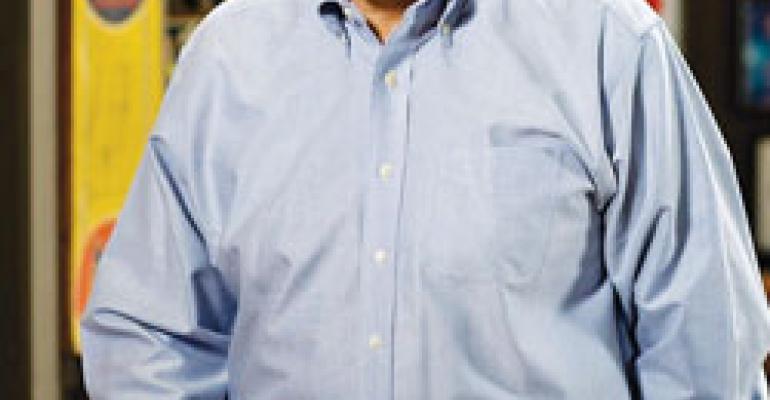 After years of waning sales and diminished foot traffic, family dining is on the brink of a resurgence, thanks to some aggressive marketing, menu re-engineering and an increased focus on providing value to consumers, according to Technomic, the Chicago-based marketing research firm.

Sales trends for the segment’s largest players suggest gathering momentum. The top eight chains, including IHOP, Denny’s, Cracker Barrel, Bob Evans Restaurants and others posted sales of about $10.7 billion for their most recently ended fiscal years, up slightly from $10.62 billion a year earlier, according to Nation’s Restaurant News’ 2009 Top 100 census.

Paul pointed to national operators such as Cracker Barrel and IHOP, and regional players such as Ruby’s Diner and Waffle House, as examples of family-dining operators that are performing well because they’ve become increasingly proactive.

“These restaurants are offering broad menus, have attractive price points and a reasonably comfortable environment that is child and family friendly,” Paul said. “I think they have awakened to the fact that they have an opportunity here. Casual dining is hurting and they can get some of those customers who are looking for both quality and value.”

“The customer has less money to spend, so he or she is more careful when they do spend it, more careful at getting the best deal,” Woodhouse said. “That’s not necessarily the cheapest or a buy-one-get-one, but it’s the best deal in terms of great food, great quality and great service.”

At Cracker Barrel, “[guests] know we’re not going to change anything on them,” Woodhouse added. “We haven’t downgraded anything we serve on the plate. We’ve never had to discount our prices, and during this recession we’re running better guest traffic than most of the rest of the industry.”

According to Technomic’s Paul, higher check averages and over-expansion have been the main reasons for the casual-dining sector’s woes in during the recession.

“Casual dining got awfully pricey for what it was delivering to consumers,” he said. “It also overbuilt lots of stores. That hasn’t happened in family dining. They haven’t seen the large number of closings like casual and fine dining have. The higher the price point or check average, the poorer the business has become.”

Mark Chmiel, chief marketing officer for 1,500-unit Denny’s Corp. of Spartanburg, S.C., agreed that the recession has put a premium on value for many consumers.

“We really believe that with the financial crisis that has taken place, the average consumer is recalibrating his or her family budget,” he said. “They’re looking for everyday affordability when going out to eat, and casual dining is at the higher end when it comes to check average. What’s happening now with consumers is they’re going to QSR if they want good quality items at a low price point and family dining if they want to sit down for service. They’re going to casual dining for more of a special occasion. Because of the price point, it’s become the odd-man-out in this whole thing.”

To better compete with quick-service and fast-casual competition, many family-dining players are adding more healthful and portable foods to attract a younger demographic and make it easier to adapt to government-mandated menu labeling and nutritional regulations.

Chmiel acknowledged that product innovation is increasingly important. Earlier this month, Denny’s introduced its new Better Burger, a 6.5-ounce grilled burger served on a toasted sesame bun and topped with melted cheese, shredded lettuce, pickles, tomatoes and sliced red onion. The burger is available in five varieties: Western, double cheese, classic cheese, mushroom Swiss and bacon cheddar, and comes with wavy-cut fries and a beverage. The meal is priced at $6.99.

The chain also introduced several better-for-you options in July. And Chmiel said Denny’s is continuing to upgrade its menu and is looking to add more “craveable” breakfast items during the first quarter of 2010. The items, which would fall into the meat and griddle categories, will be priced between $4.99 and $5.99 each, Chmiel said.

In August, Cracker Barrel rolled out a series of limited-time offerings in celebration of the chain’s 40th anniversary. Those items included several breakfast offerings and entrée salads for the lunch daypart. The chain also brought back popular items from years past.

“With this 40th anniversary, we’re trying to extend the brand,” he said. “We’re looking back at some of our traditional offerings, but at the same time we’re also going to a little bit of a different place. We’re offering some healthier items.

“We want to be relevant, but also stay true to what our guests expect from us. We have to be cognizant of what they want. We’re trying to pay attention to what everyone is looking for.”

The 475-unit Perkins/Marie Callender’s chain expected Oct. 19 to roll out a variety of new entrées, including several lower-calorie items.

“We have 25 new menu items and are introducing more nutritionally friendly items in several categories,” said Cheryl Ahlbrandt, senior vice president of marketing for Perkins/Marie Callender’s, which is based in Memphis, Tenn. “We wanted to move to it based upon what is going on in the world. We’re trying to evolve, give some contemporary choices.”

In addition to modernizing its menus, family-dining chains also are working to attract a younger audience by recasting their late-night business.

Denny’s, for example, offers The Allnighter program, which caters to 18-to-24-year-olds, offers an affordable, shareable menu, alternative music and a relaxed atmosphere from 10 p.m. to 5 a.m. Chmiel said the program has helped Denny’s regain some of the business lost to the extended drive-thru window hours of quick-service chains like Wendy’s and Taco Bell.— [email protected]