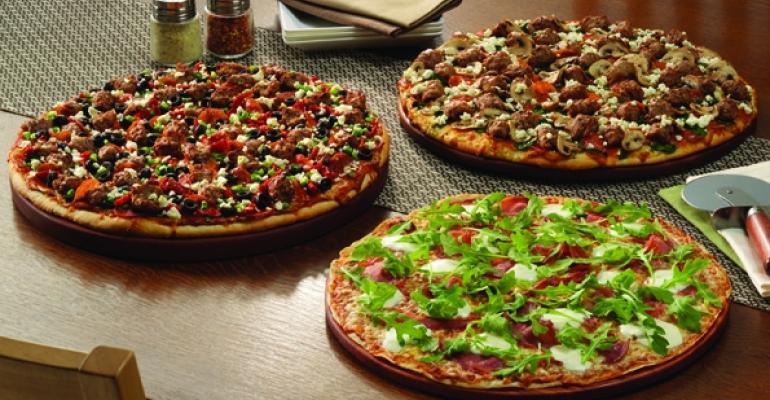 Papa Murphy’s Take ‘N’ Bake Pizza is testing three new premium pies as part of a barbell pricing initiative that began at the end of 2012.

The new pizzas are:

The pizzas start at $15 and are priced at up to $17 in some markets, a premium compared with the typical $12 to $13 price for a pizza from the chain, said Carron Harris, Papa Murphy’s vice president of product development and corporate chef.

In December, the chain introduced a line of $5 Faves, made with standard toppings such as cheese and pepperoni, to target value-oriented customers.

The Primo pies are aimed at the high end of Papa Murphy’s market and feature five ingredients that through its consumer research the company found that customers wanted and were willing to pay for: goat cheese, fresh mozzarella, fennel sausage, prosciutto and arugula.

“We found that folks are looking for things that have a lot more full flavor. People are much more connected with food,” Harris said. “If they don’t know what an ingredient is, they pull out their cell phones and look it up on the Internet. They don’t ask waiters anymore.”

Papa Murphy’s already offers premium toppings, such as sun-dried tomatoes and feta cheese, but these new ingredients jumped out as items that customers wanted to add to their pizzas. “For example, we gave them a list of 15 cheeses that you hear a lot about, and goat cheese and fresh mozzarella rose to the top,” Harris said.

Those ingredients are appearing on more menus nationwide, according to research firm Datassential, whose menu census saw an increase in cheese by 21 percent between 2008 and 2012. The research also showed an 11-percent increase in fresh mozzarella, a 45-percent increase in arugula, and a 30-percent rise in fennel, which is used to make fennel sausage.

“These are nice big chunks of sausage,” Harris said, noting that they’re between three-quarters of an inch to one inch in diameter.

Papa Murphy’s International is based in Vancouver, Wash.