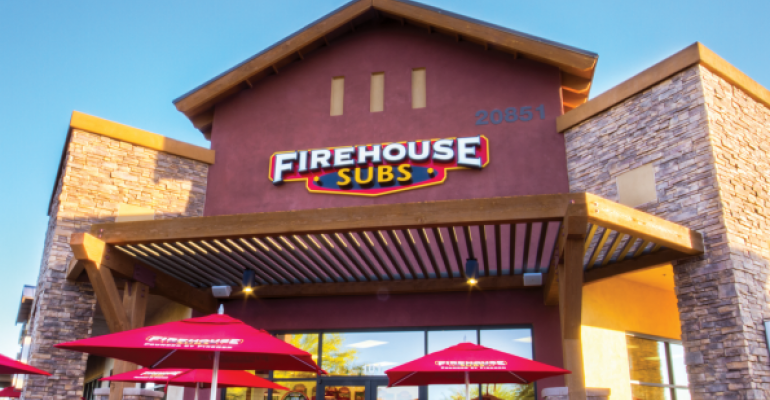 Firehouse Subs’ domestic sales grew 17.5 percent in the Latest Year, boosted by the opening of a net 104 units that brought its Latest-Year total to 944 locations — 12.4-percent higher than the Preceding Year.

The Jacksonville, Fla.-based LSR/Sandwich chain was founded by firefighter brothers Chris and Robin Sorensen in 1994. The company continues to support the nation’s first responders with its Firehouse Subs Public Safety Foundation, established in 2005 in the wake of Hurricane Katrina.

The foundation has distributed more than $18 million to help more than a thousand communities since it was founded in 2005. The National Restaurant Association earlier this year honored Firehouse Subs with a 2016 Restaurant Neighbor Award for its fundraising efforts in 45 states and Puerto Rico.

Estimated sales per unit increased 2.3 percent in the Latest Year, reaching an average $717,300 per location, and maintaining the brand’s No. 76 spot among the Top 100 chains. Among the seven LSR/Sandwich chains in the Top 100, Firehouse Subs’ 17.5-percent growth in U.S. systemwide sales ranked the brand No. 2 in the Latest Year, just behind Jersey Mike’s Subs. 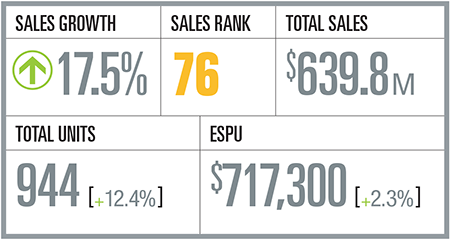 Expanded platforms. To help satisfy and grow catering and to-go sales, Firehouse Subs expanded its menu of predominantly hot sandwiches with six Cold Deli Heroes, which it began testing in the middle of the year. Don Fox, CEO of parent Firehouse of America LLC, said: “One thing that became clear over the last several years is there are many types of occasions that we’re not in a position to satisfy with only hot subs — your classic day at the beach, for example. … We want to be in that game and not relinquish it. We see it as a big opportunity.”

New advertising focus. At the end of the year, Firehouse Subs moved its advertising account to Marc USA Chicago. New ads replaced its founding firemen brothers with a comedic character. Firehouse Subs executives said the use of an actor rather than the founders allowed the brand to brag a little more about itself.

International expansion. Firehouse Subs opened its first partner-owned restaurant in Canada in 2015. “Our original long-term plan I put together in 2010 was just focused on domestic development,” Fox said. “We did not have an international component to our strategy. The belief was that we had a lot of work to do domestically, and that’s where we were going to keep our attention and resources. But as we got to about the 750-unit, 800-unit mark, and knowing our anticipated build-out for the U.S. market is about 2,500 units, I thought we were at a point in time where we could start looking beyond the U.S.” He noted that international development wouldn’t detract from domestic franchising.