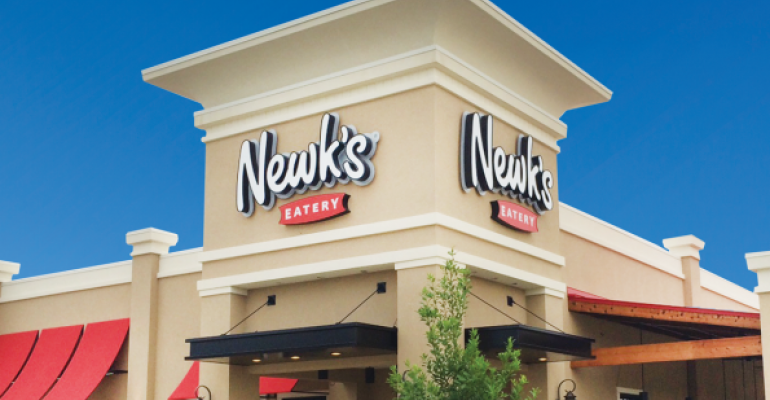 Jackson, Miss.-based Newk’s Eatery, which made its debut in the Second 100 this year at No. 189, grew estimated sales per unit by nearly 3 percent in the Latest Year, to $2.1 million. But the chain’s 25-percent domestic systemwide sales growth was attributed mostly to unit expansion.

Newk’s ended the Latest Year with 96 locations, a 28-percent increase year over year. In 2016, 20 restaurants are scheduled to open, mostly in the Sun Belt region, with significant growth in Florida.

The chain features a higher-end version of fast-casual food, with open kitchens displaying scratch cooking. It also has a more intensive service model in which servers deliver food to tables on proper plates with silverware, rather than requiring customers to wait for their food at the counter.

Newk’s also introduced an array of seasonal specials, including an arugula salad topped with grilled salmon in the fall; a red, white and blueberry salad (with strawberries, watermelon, grilled chicken, pecans and feta) in the summer; and an ahi tuna sandwich in the spring.

It highlighted its Southern heritage with items like Hoppin’ John Soup (with black eyed peas, country ham and collard greens) in the fall, but also displayed its culinary diversity with items like a sandwich of ginger-wasabi marinated pork belly, and a chicken Alfredo pizza.
The chain also beefed up its executive suite in 2015. It hired former DineEquity Inc. vice president of finance Robert Nygren as chief financial officer, and it promoted Alan Wright from vice president of marketing to the newly created position of chief marketing officer. 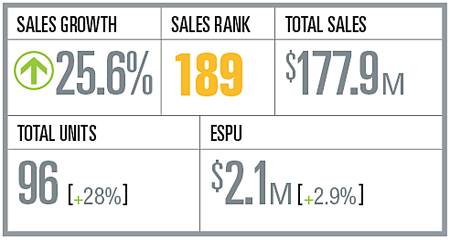 Made from scratch: Through its growth, Newk’s has stayed with cooking from raw ingredients in restaurants, which has resonated with Millennial diners in particular.

Site flexibility: Newk’s is growing with a spectrum of formats designed for various spaces, from freestanding buildings and multi-tenant pad sites, to in-line end caps.