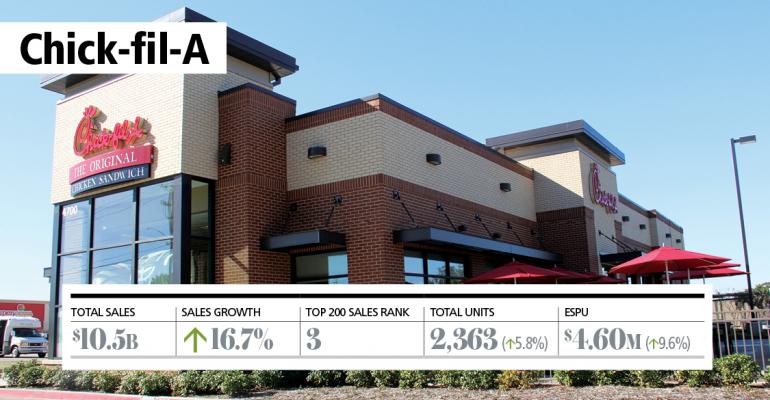 Start Slideshow ›
The chicken chain leapfrogged four quick-service giants in this year’s Top 200 rankings. Here’s how they did it.

Chick-fil-A has become the country’s third-largest restaurant chain, rising four spots in the Nation’s Restaurant News Top 200 sales rankings, up from No. 7 a year earlier.

It was the fifth year of double-digit sales growth for Chick-fil-A, fueled by powerhouse unit-level sales — despite only doing business only six days a week.

Here’s a look at how the nearly 60-year-old brand has stayed relevant and found its place among the country’s most dominant chains.