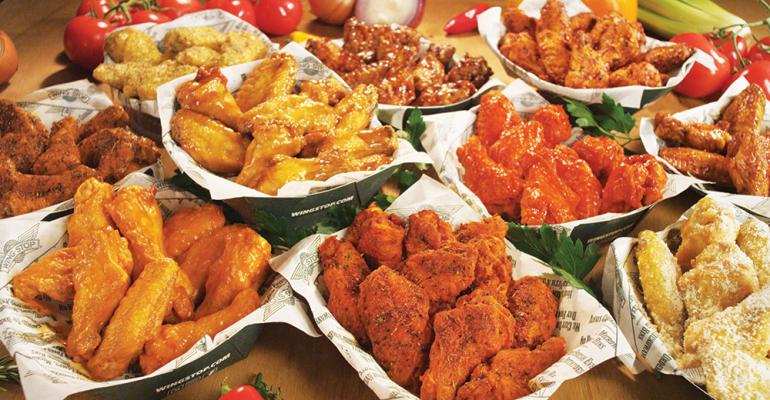 Wingstop, the chicken-wing brand, soared past $1 billion in estimated domestic sales in 2017 and charted a course to grow them further this year.

Dallas-based Wingstop achieved its 14th consecutive year of same-store sales growth in 2017 despite facing stiff headwinds, which Charlie Morrison, the company’s CEO, president and chairman, in his year-end earnings call labeled “the greatest challenges that our brand has faced in its 23-year history.”

Those challenges, he said, included a first-quarter same-store sales dip because of negative consumer sentiment coming out of the presidential election and record high wing inflation during part of the year, but the company stuck to its core strategy. 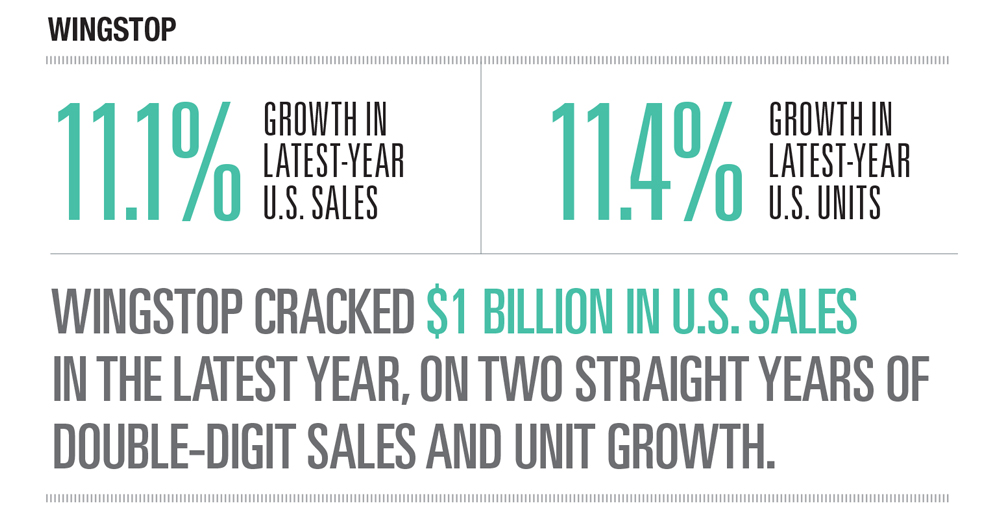 The fast-casual brand had an 11.4 percent U.S. unit growth rate in the Latest Year, according to Top 200 research.

For 2018, Wingstop has offered guidance of a 5.2 percent increase in domestic same-store sales.

In the Latest Year, besides focusing on international development — the company opened its first unit in Panama in June — Wingstop management sharpened its three-pronged strategy of national advertising, digital focus and delivery. Here’s a look at those linchpins:

“We continue to focus on aided and unaided brand awareness and we still have room for growth as compared to other national brands,” Morrison said.

“Our digital strategy is to meet our digital guests wherever they are and create a highly efficient guest experience from when the order is placed all the way through receiving their order,” Morrison said.

Digital sales provide a $5 higher average check, he said. With half of Wingstop’s orders still arriving over the phone, Morrison said the digital runway is significant.

Delivery: Wingstop launched a delivery test in its mixed company/franchise market of Las Vegas, in April 2017.

“The results of this initial test were very positive,” Morrison said. “Delivery in that market has sustained a 10 percent sales lift and most of the sales are incremental.” The company expanded the test to the Chicago and Austin, Texas, markets later in the year.

“[Management is focused] on getting [the] guest experience right before phased rollout of delivery next year, said Andy Barish, an analyst with Jefferies LLC in a note in June, and the company is working on a “logistics exercise” around accuracy, speed and execution.

Morrison said, “We expect to leverage third-party support through DoorDash, as they scale to provide coverage for our national footprint as well as leverage the growth in brand awareness from our own national advertising.”