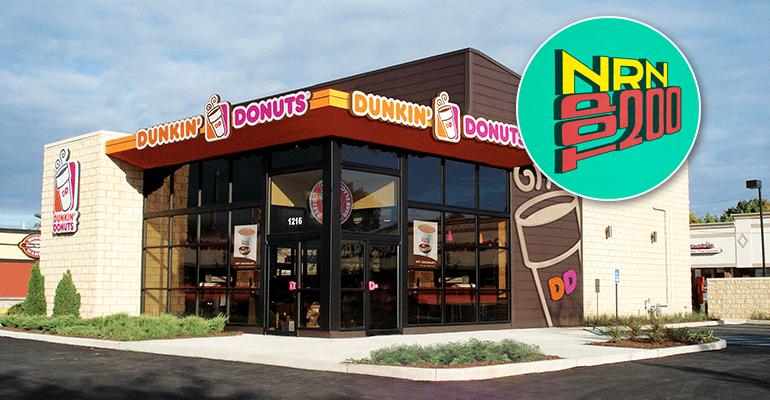 This is part of a monthly series analyzing NRN Top 200 data, the industry’s most comprehensive ranking of restaurant chains and companies. Explore the full report.

Cost-efficient store development and an emphasis on franchising helped fuel the expansion of Top 200 chains in the unit-growth “sweet spot” — or those that managed to post notable unit growth on a relatively large base of stores.

But analysis of last year's Nation’s Restaurant News Top 200 report, the 2017 edition, reveals a third group of chains with both size and momentum.

To find these chains, NRN editors looked at Top 200 chains’ combined Latest-Year rankings for U.S. units and unit growth, with lower combined totals indicating more units and faster growth. Below is analysis of the 11 chains — the top 10, with one tie — in the unit-growth sweet spot. The group is made up of three chains from the Sandwich segment, three from Coffee-Snack, two from Chicken and one each from C-Store, Pizza and Limited Service/Mexican.

Noticeably missing from the group were representatives from the conventional Limited Service/Burger segment, as well as from the full-service Casual Dining and Family Dining segments — three of the industry’s oldest genres and arenas that can come with some of the highest per-store development costs.

A focus on franchising

Eight of the 11 chains, or 72.7 percent, had more franchised locations than company-operated sites, usually by a large margin, with three — Dunkin’ Donuts, Chick-fil-A and Marco’s Pizza — fielding entirely franchised systems. Chipotle was the only all-company-store system in the group, but both Starbucks and Circle K featured considerably more company than franchised locations. How they stack up

In terms of average U.S. system size, the 11 sweet-spot brands were far weightier than their Top 200 peers at 3,439 units to 964. The 11 brands also outpaced the other 189 chains in the 2017 Top 200 both in average unit growth rate and in average number of net new stores added in the Latest Year.

However, the chains’ most obvious area of underperformance compared with rest of the Top 200 was Estimated Sales Per Unit, likely a result of their smaller facilities and limited menus and hours of some of those brands.

An early look at 2018 Top 200 research, which will be released in June, shows some of those chains have once again posted impressive unit-growth trends relative to their size.

Only Starbucks and Chick-fil-A bettered their Preceding Year growth, but all nine of the chains for which data is available posted positive growth rates. And Jersey Mike’s Subs, Wingstop and Marco’s Pizza all again posted double-digit increases in U.S. units.