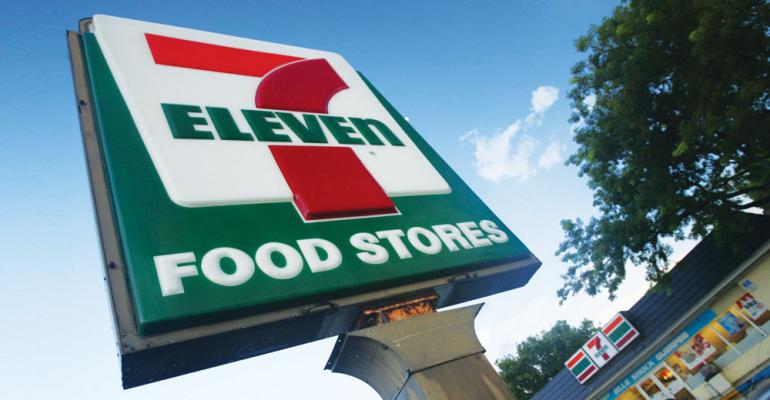 After years of encroaching on conventional restaurant sales with expanded foodservice programs, the two largest footprint Top 100 C-Store chains may soon get a boost from the super-sized acquisition appetites of their parent companies.

In March 2015, Alimentation Couche-Tard acquired The Pantry Inc., an approximately 1,500-unit C-store system that operated in the Southeastern U.S., primarily under the Kangaroo Express banner.

Meanwhile, 7-Eleven Inc., immediate parent to 7-Eleven — which leads the C-Store segment with $2.5 billion in sales and 7,904 units — in April agreed to acquire for $3.3 billion from Sunoco L.P. approximately 1,108 C-stores in the United States. The deal is expected to close by 2017’s fourth quarter and involves more than 740 Stripes C-stores, most of which enjoy relatively high foodservice sales from proprietary in-store Laredo Taco Co. restaurants. The effect of the acquisitions on the 7-Eleven and Circle K chains is not immediately clear, as it will depend on how many of the acquired stores are converted to those brands and whether the acquired concepts have products, systems or strategies that can be adapted by their larger siblings.

For instance, Circle K got little apparent benefit from The Pantry acquisition in the year after that deal was done, but in the chain’s Latest Year, ended in April, based on company reports, NRN estimated Circle K would see a net gain of 400 new U.S. company stores, to 3,740, with nearly all of those additions linked to converted Kangaroo Express or other acquired locations.

The Top 100 C-Store segment continued to drive sales in the Latest Year, with an average foodservice sales growth rate of 7.3 percent, compared with a 4 percent average among all Top 100 chains. The results come as C-store foodservice fares better than the prepared food-and-beverage business in other retail settings, such as grocery and drug stores, according to NPD Group research. NPD said while overall retail foodservice traffic was flat in 2016, C-store visits were up 1 percent for the year, compared with a 3-percent increase a year earlier.