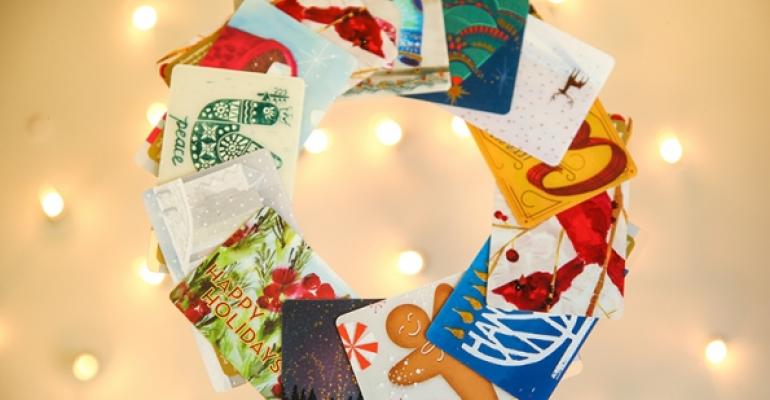 Last Christmas Eve, Starbucks Corp. sold nearly 2.5 million gift cards in the U.S. and Canada, or about 1,700 cards per minute.

This year, the company expects to beat that record.

The Seattle-based operator said Tuesday that it anticipates record purchases of Starbucks gift cards on Dec. 24, as consumers hunt for last-minute gifts.

One in seven American adults received a Starbucks card last year, and the company is on track for another record performance, Starbucks said.

Since the Starbucks card debuted 15 years ago, more than $25 billion has been loaded onto them in the U.S. and Canada, including $5.1 billion within September-ended fiscal 2015 and $1.6 billion within the three-month period of October through December in 2014, that included last year’s holiday. More than one-third of all transactions in the U.S. and Canada are paid for with a Starbucks card, the company said.

“Starbucks sees the benefits of this increased activity in stores as gift cards received over the holiday season are redeemed,” the company said.

According to an annual survey by the National Retail Federation in November, gift cards are the most requested item by consumers, as they have been for nine consecutive years. Restaurant gift cards top the wish list.

Still, gift cards appear to be waning in popularity.

This year, only 58.8 percent of shoppers said they would like to receive a gift card, a decrease from 62 percent in 2014.

Gift card buyers polled in this year’s survey also said they expect to spend $153.08 on average, falling from the average of $172.74 the NRF reported a year ago.