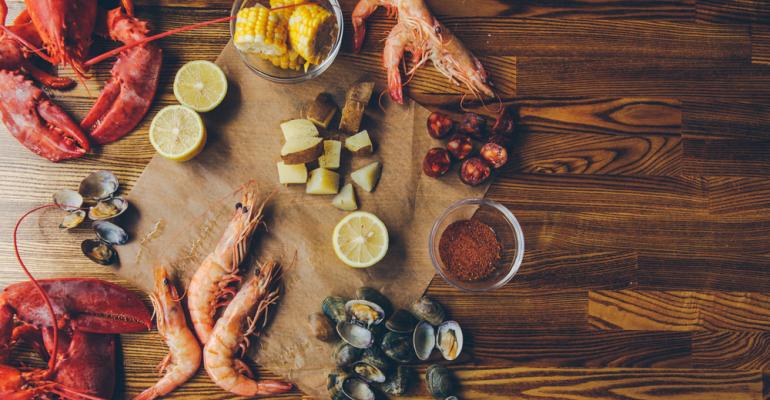 Shellfish occupies a rare place in the American psyche. It is seen as healthful because of its low fat content and high protein, but also as indulgent because it’s more expensive than most other proteins. It’s also green because producing it generally generates fewer greenhouse gases than land protein.

Maybe that’s why it’s offered so often during celebrations.

Take a look at some recent holiday promotions featuring seafood.