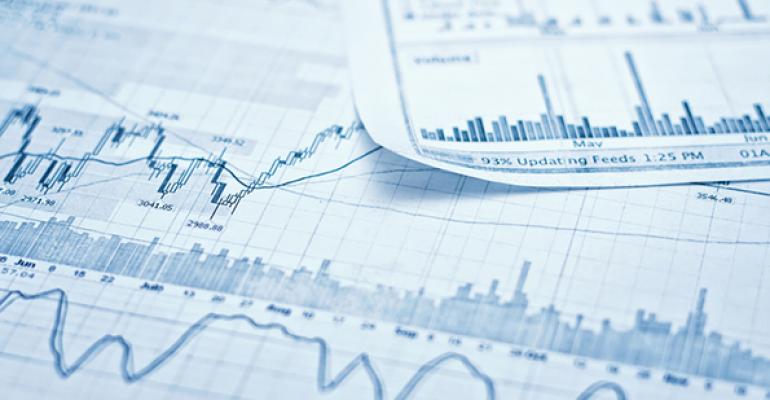 The downturn in restaurant sales continued in August as the industry faced its third consecutive month of declining same-store sales, and the sixth month since the beginning of the year of declining year-over-year sales, according to data reported by TDn2K’s Black Box Intelligence, through The Restaurant Industry Snapshot, based on weekly sales from nearly 25,000 restaurant units and more than 130 brands, representing $64 billion in annual revenue.

Despite the 0.6-percent decline in same-store sales reported in August, there was some good news: The result represented an improvement of 0.8 percentage points from the July result, and was the second best month since April based on sales growth.

Same-store traffic fell 2.7 percent in August, a slight improvement from a 3.9-percent decline in July. Furthermore, the increase in traffic growth is the biggest move recorded in consecutive months since February. Average guest checks increased 2.3 percent in August, a 0.5-percentage-point decrease from July, and the lowest year-over-year change recorded since March.

“The data from August again shows the relationship between average guest checks, sales and traffic, which we’ve studied in recent quarters,” said Victor Fernandez, executive director of insights and knowledge for TDn2K. “Given the current environment, characterized by a continued decline in traffic, drops in average guest check growth have been associated with a boost in traffic, but the impact on incremental sales is usually underwhelming.”

In August, the industry segments that experienced a drop in average guest check growth rate from July to August (fast casual, family dining and casual dining) all improved traffic growth by more than 1 percentage point over July results.

Meanwhile, segments that experienced an increase in average guest check growth from July to August posted an improvement in traffic growth of less than 1 percentage point over the July rate.

The only exception was fine dining, which posted a robust improvement in traffic while slightly accelerating growth in guest checks. However, the segments that saw the biggest improvements in sales growth rates during the month were those that also experienced an acceleration in average guest check growth.

Based on same-store sales, quick service was the best performing segment during August for the seventh consecutive month. Upscale casual and family dining were the only other segments that achieved positive, albeit very small, positive sales growth. Fine dining, fast casual, and casual dining all experienced same-store sales declines in August.

“The U.S. economy continues to confound,” said Joel Naroff, president of Naroff Economic Advisors and TDn2K economist. “Yes, growth is still OK, but each time it looks like it is starting to accelerate, something pulls it back. That appears to have been the case in August. Job growth accelerated sharply in June and July, and while the pace was unsustainable, it did point to improving conditions. Payroll gains did slow in August, but that was totally expected. However, what was not anticipated was the apparent sharp August economic deceleration indicated by the closely-followed Institute for Supply Management surveys and a greater than expected moderation in vehicle demand.”

So where does that leave the industry?

“It still looks like third-quarter GDP growth will be at least 3 percent. But the sustainability of that rate of expansion is not certain. Thus, job and income gains should be more moderate, and that implies that going forward, consumer spending should be OK, but not great,” Naroff said.

While the restaurant industry encounters challenges to its topline results as sales slow, the bottom line is also challenged in the form of rising labor costs. According to TDn2K’s People Report annual Corporate Compensation and Benefits Survey, labor costs for restaurant employees as a percentage of restaurant chain revenues increased from an average 29 percent in 2010 to an average 32 percent in 2016. Labor costs in these estimates include salaries, bonuses, benefits and labor-related taxes for hourly restaurant employees and managers.

Significant costs continue to be incurred through hiring new employees to fill vacancies from new jobs created by the industry, but mainly due to rising turnover. The number of chain restaurant jobs grew 1.8 percent year-over-year in July. Although a significant drop from the over 3-percent growth rates reported over the last year, the latest growth still represents a large number of people that have to be recruited, on-boarded and trained.

Furthermore, turnover continues to rise, and is a major concern for restaurant operators. Restaurant management turnover, which remains at levels higher than those tracked before the recession, is especially troublesome, given its impact on hourly employee retention and its correlation to restaurant sales and traffic. With the latest results reported, restaurant hourly employee turnover has now increased for almost three consecutive years.

As a result of the rising turnover rates and new jobs, the number of new hires during the second quarter of 2016 represented between 30 percent and 33 percent of total workforce for the median company operating in quick service, fast casual, family dining, and casual dining.

Based on performance this year, it’s hard to foresee the sales environment for restaurants benefitting from modest improvements in general economic activity, or labor pressures easing for the industry. In addition, the impact from the presidential election cycle is difficult to assess. One factor in the industry’s favor is the relatively weak sales comparisons during the second half of 2015, particularly during the fourth quarter. Average same-store sales growth during the first six months of 2015 was 3 percent, while the industry’s sales growth slowed down to just 1.1 percent by the second half of the year.

Easier comparisons notwithstanding, at the end of August, quarter-to-date sales growth for the third quarter has fallen 1 percent. If it continues at this pace, it would be the worst quarter in over five years. Until brands find ways to reverse continually declining traffic counts, sales and profit expectations will remain modest.

Correction: Sept. 9, 2016  A chart in an earlier version of this story misstated same-store sales reported in August. Same-store sales declined 0.6 percent during the month.