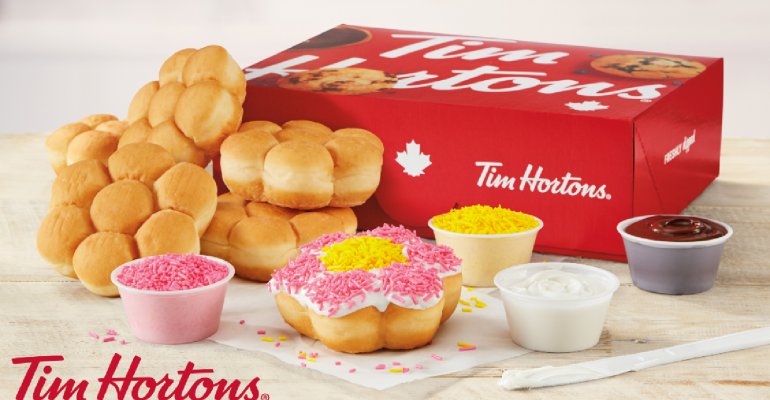 The Donut Disguise Box looks like a book outside and comes in two titles: “Glazed Expectations” and “Twenty Thousand Timbits Under the Sea.”
News>Quick Service

Tim Hortons will be offering limited donut boxes disguised as literature for some Mother’s Day shoppers this year.

The division of Toronto-based Restaurant Brands International Inc. will camouflage a six-pack of Tim Hortons sweets in the Donut Disguise Boxes so mothers can be the protagonists in their own sweet story.

The Mother’s Day Donut Disguise Box will be available May 8 and May 9 for a suggested price of $5.49 at four select Tim Hortons U.S. locations in the Buffalo, N.Y., Columbus, Ohio, and Detroit metro areas, the company said.

The Donut Disguise Box looks like a book outside and comes in two titles: “Glazed Expectations” and “Twenty Thousand Timbits Under the Sea.” 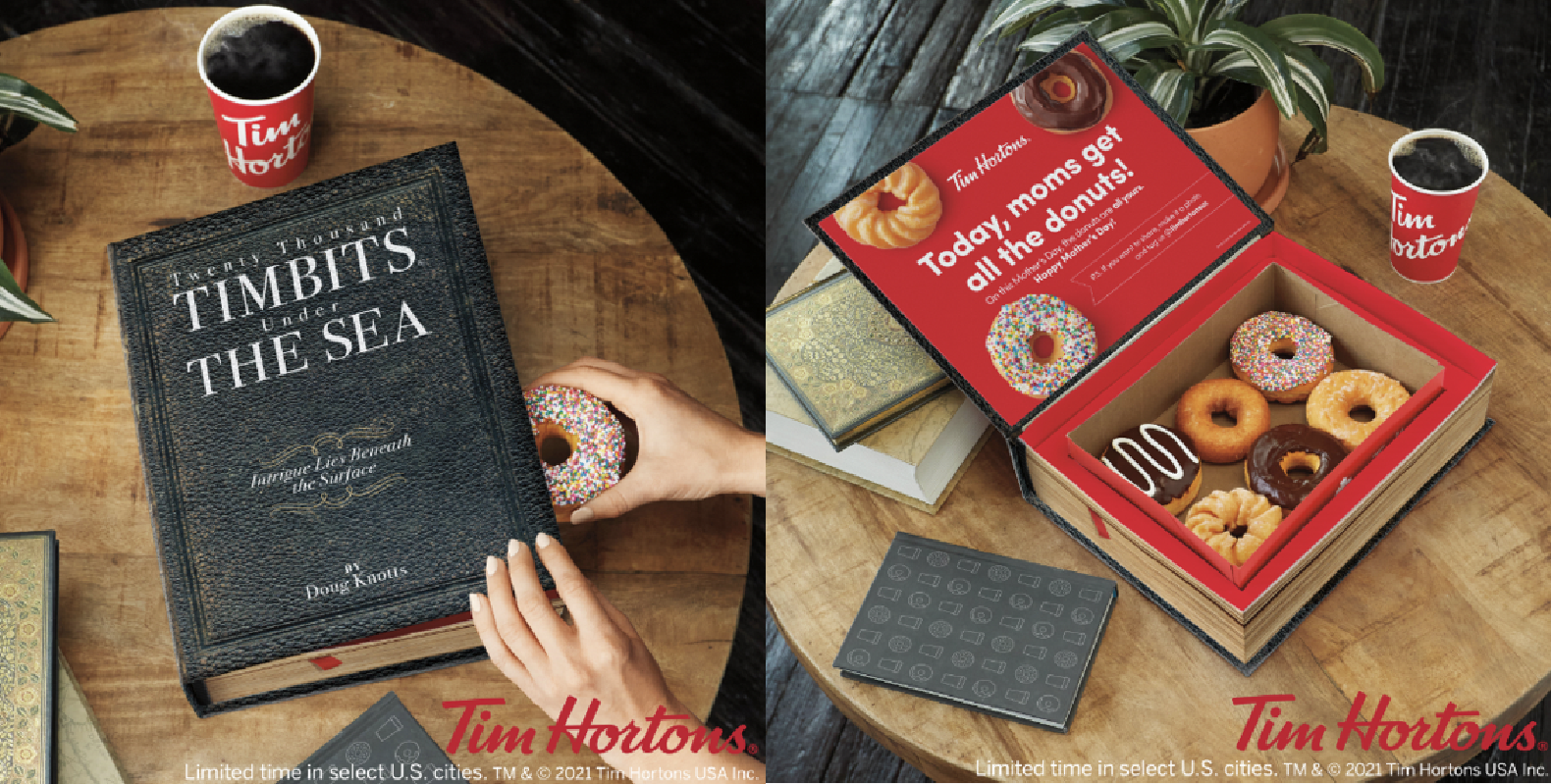 More widely available will be do-it-yourself Mother’s Day DIY Donut Kits, which are making a return for the holiday.

The company said this year’s kit features flower-shaped donuts that can be decorated by mom or anyone else in the family.

The DIY Donut Kit includes six bloom yeast donuts and four containers with fondant and sprinkles for decorating. The kits are available May 5 through May 9, while supplies last, at a recommended price of $6.99.

As of March 31, Tim Hortons had 4,987 restaurants, the majority of which are in Canada.