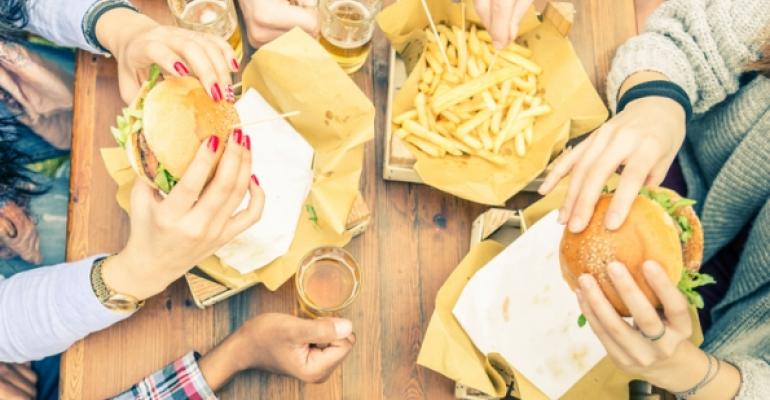 Gap in satisfaction between limited-service and full-service concepts narrows

According to the latest research from the American Customer Satisfaction Index, customer satisfaction with limited-service restaurants increased 2.6 percent to an ACSI score of 79.

That continues a long-term trend in which the gap between the sectors has narrowed as customers have flocked to quick-service restaurants and fast-casual chains and have reduced spending at dine-in concepts.

“The fast-food category itself in the late 1990s and early 2000s was nowhere close to where it is now,” said David VanAmburg, ACSI managing director. “The gap has been closing over the last several years as a result of the improvement in limited service and the rise of fast casual.”

Fast-casual concepts have typically enjoyed higher customer satisfaction than other limited-service chains, thanks to their focus on quality even at a higher price point. And so chains like Panera Bread have pulled up the limited-service average.

Indeed, some of the strongest growth in the limited-service sector has come with older, more traditional chains.

The biggest increase for both sectors came from Little Caesars, whose customer satisfaction score rose 9 percent to 81. That’s something of a bounceback following a dip in its score last year, and is more indicative of the chain’s customer satisfaction rating in recent years thanks to its low price point and immediate availability of pizzas.

One chain that fell was Chipotle Mexican Grill. The Denver-based burrito chain’s customer satisfaction score fell 6 percent to 78. Chipotle was hit with a series of illness outbreaks last year that hurt sales and brought down the company’s reputation.

But VanAmburg believes the company is positioned to get its satisfaction back quickly. “Chipotle may be better positioned than others because they were in a leadership position,” he said. “They had one of the higher scores in fast food and fast casual. There may be more of a forgiveness factor, and an ability to overcome this, than someone languishing at the bottom would have had.”

Another interesting note about the customer service ranking is the generally low satisfaction customers have with Starbucks, which scored a 75, up 1 percent, and lower than chains like Wendy’s and Dunkin’ Donuts.

Much of that is due to price. “It’s a bit of a Whole Foods phenomenon,” VanAmburg said, referencing the grocer that has high scores for the quality of its merchandise but low scores for value and price. “Customers love (Starbucks’) products and ambiance, but they don’t love the price. That weighs on the whole experience.”

Among limited-service chains, the top scoring concept with Atlanta-based Chick-fil-A, which scored an 87.

The top-scoring concept among full-service chains was Cracker Barrel, which scored an 83, up 4 percent.

And while the overall full-service category was weak, chains actually fared relatively well, with most of the chains listed receiving higher scores — including Ruby Tuesday, whose score rose 7 percent to 78.

The problem this year came in the “all others” category, which fell 2 percent to 81. Most full-service restaurants remain small or independent, and so their scores pulled down the whole group.

“It’s a huge industry,” VanAmburg said. “Even though these are big chains, Denny’s, Olive Garden and Applebee’s are still a drop in the bucket compared to the overall industry.”