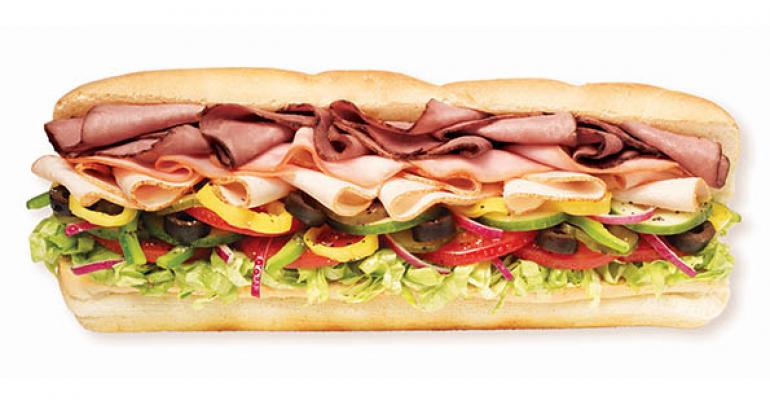 Subway to sell Footlong subs for $6 in February

Subway will sell all of its Classic Footlong subs for $6 this month, starting Thursday, the company said this week.

The move represents a return — albeit at a higher price point — of Subway’s successful $5 Footlong campaign, which started in 2008 and helped the chain flourish during the recession.

Subway announced the $6 promotion via Twitter this week, and plans to advertise the promotion on national television Wednesday as part of a broadcast, digital and social campaign. The new ad campaign will be called “Submageddon.”

BREAKING NEWS: Starting February 4th ALL of your favorite classic footlongs are $6. pic.twitter.com/OoaDYPII1u

Subway’s $6 Footlong promotion comes as the nation’s largest quick-service restaurant chains have increasingly used discounts to generate traffic. Wendy’s, McDonald’s, Burger King, CKE Restaurants, and others have all used low-priced meal bundles to get customers to come in more often.