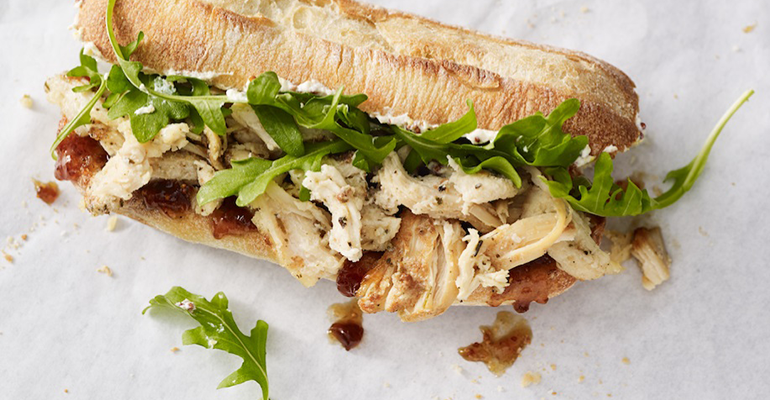 Starbucks has expanded its Mercato lunch menu to 200 stores in Sacramento, bringing the grab-and-go bistro line to 950 locations in the West and Chicago.

The Mercato menu debuted last year in Chicago. It has since grown to 950 stores in Seattle, Chicago, San Francisco and Sacramento. The so-called “marketplace” menu features grab-and-go salads, sandwiches and sides made fresh daily. All items are priced under $10. The Seattle-based coffeehouse company said its culinary team researched ideas for the menu by visiting restaurants and grocery stores all over the country to “look at what people were eating.”

The result was a menu of “thoughtfully prepared” foods made with handpicked breads, cheeses, veggies, grains and greens.

Surplus food is donated to local communities through a partnership with Feeding America.