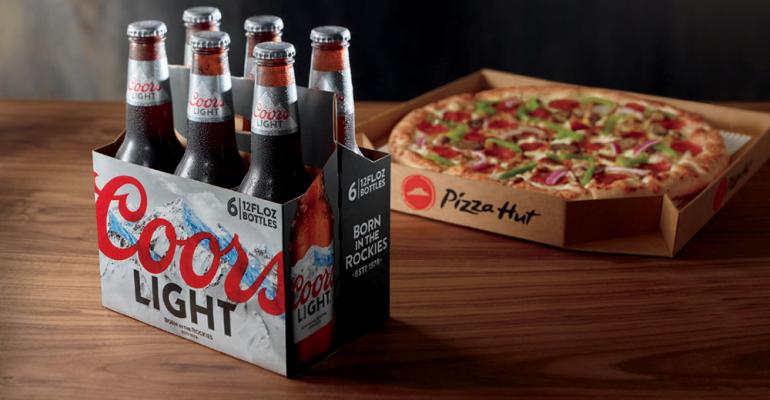 After a trial run of its beer delivery test in Phoenix, Pizza Hut said it is expanding the program to 100 locations in Arizona and California.

The company is offering delivery of two packs and six packs of beer, ranging in price from between $3 and $4.50 for two packs and $5.99 and $10.99 for six packs. Six beer options are available: Budweiser, Bud Light, Blue Moon, Coors Light, Miller High Life and Shock Top.

Pizza Hut, a division of Louisville-based Yum Brands, rolled out the beer delivery test in the Phoenix area late last year with three beer varieties. Starting this month, delivery has also been added at more Arizona locations including restaurants in Tucson, Glendale, Prescott, and Winslow.

Pizza Hut said free delivery will be offered in some Arizona markets when customers purchase select six-packs of beer.

The company previously said it is also considering adding wine delivery, but did not provide additional details on that rollout.

Beer delivery is not a new move for restaurant chains.

Same-store sales increased 1 percent for the quarter, compared with a 3-percent drop the previous year.  To improve sales, Pizza Hut must become “hot, fast and reliable” for the customer, Creed said.