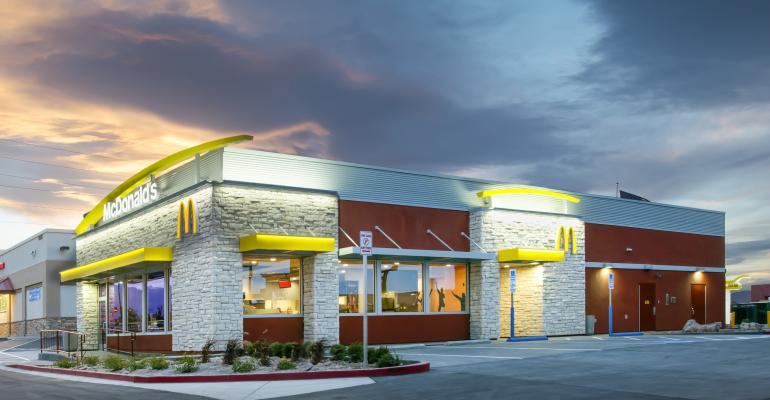 McDonald's Q3 2022 same-store sales increased by over 6% in the U.S.
News>Quick Service

The restaurant company's same-store sales were up over 6% in Q3, driven by its focus on digital, delivery and marketing efforts

McDonald’s reported its third quarter earnings Thursday morning, including a 6.1% increase in same-store sales for its U.S. system. This marks the company’s ninth consecutive quarter of comp sales growth in the U.S., and the 22nd out of the past 23 quarters.

Like its industry peers, much of that lift is coming from higher menu prices. McDonald’s prices are about 10% higher than they were a year ago, for context. Unlike many of its industry peers, however, McDonald’s also generated positive traffic counts in Q3, despite those higher costs. During the company’s earnings call, CEO Chris Kempczinski credited the fledgling MyMcDonald’s loyalty program as a “significant growth driver,” as well as the chain’s marketing presence. There are now 25 million active members of the loyalty program, launched just last year in the U.S., which is exceeding expectations, according to Kempczinski.

“Each reward and preference in the app allows us to create relevant content and offers. By tailoring our messages, our customers feel more connected to McDonald’s,” he said, adding that the program has increased frequency.

Kempczinski also noted that the McDonald’s marketing team is “firing on all cylinders,” which has contributed to growth in the U.S. system as well. During Q3, McDonald’s featured promotions such as Camp McDonald’s, a 27-day schedule of “experiences” for fans that included food deals, performances and merchandise. McDonald’s teamed up with TikTok celebrity Tisakorean to promote a new anthem, called “Static,” in celebration of the chain’s Sprite offering, which has a bit of a cult following.

Then there was the Cactus Plant Flea Market collaboration, which included an adult Happy Meal offering, launched in late September. Data from Placer.ai suggests the promotion was perhaps the chain’s most successful collaboration to date, generating a 30%-plus increase in visits. Fifty percent of the Cactus Plant collectibles were sold out within the first four days and Kempczinski said it led to the chain’s highest digital weekly transactions ever in the U.S. system. As the promotion carried into early October, he expects comp sales on that month to be up by double digits.

“The collaboration tapped into one of the most nostalgic McDonald’s experiences of enjoying a Happy Meal. It re-engaged our fans to our core food,” Kempczinski said.

“All of our campaigns were focused on our core menu items,” he added. “Which kept operations simple and brought customers closer to our iconic food.”

Further, delivery performed well for McDonald’s on the quarter. Kempczinski said Q3 was one of the highest delivery quarters ever in the U.S., which is a bit of a surprise given the return to dine-in business and the added fees and costs associated with delivery. McDonald’s is currently integrating a new feature where customers can earn loyalty points or pay for delivery orders through the app.

In addition to its focus on digital, marketing and delivery, Kempczinski said the company is also well positioned because it invested in its asset base – about $9 billion worth – several years ago, and improved its food quality and operations. The chain's speed of service, for instance, is faster now versus 2019 despite ongoing labor challenges.

These drivers are helping McDonald’s gain market share, including among lower-income consumers, and also giving the company some pricing power.

“We look at share by income group and in the U.S., we are gaining share with lower-income consumers. That goes to the fact that we are positioned as a leading brand for value and affordability,” Kempczinski said. “Our expectation is that we are going to perform well in this environment, and certainly on a relative basis compared to our competitors.”