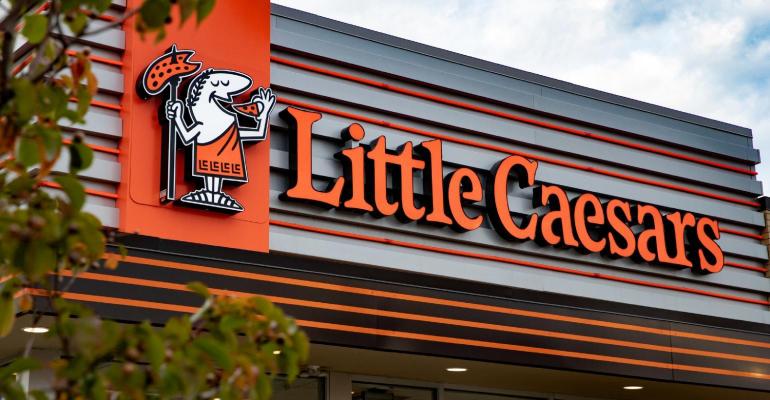 Among the major groups that signed multi-unit deals in 2021 is CMG Companies—a top-25 multi-unit operator with hundreds of franchises across the country, including KFC, Taco Bell, Marriott, Hilton and others.
News>Quick Service

Little Caesars signed numerous multi-unit deals in the United States with a variety of key franchisees in 2021, confirming the brand’s current growth strategy for today’s marketplace and setting the stage for securing new store commitments at double the rate of what was achieved last year.*

“Ahead of 2021, we took a serious look at our franchise development strategy and committed to expanding our horizons in both new and existing markets,” said Craig Sherwood, Little Caesars Vice President of Franchise Development. “By seeking more opportunities with large operators, experienced business owners, military veterans and first responders, Little Caesars is continuing to grow its footprint across the nation. We are confident that the candidates we recruited this past year and those we’re in discussions with now will be valuable to our business.”

Among the major groups that signed multi-unit deals in 2021 is CMG Companies—a top-25 multi-unit operator with hundreds of franchises across the country, including KFC, Taco Bell, Marriott, Hilton and others. CMG, which was recently awarded Franchisee of the Year by the International Franchise Association, acquired several existing Little Caesars stores in Kansas City, Baltimore and Syracuse and is planning to open 19 new locations with Little Caesars over the next five years. In addition, the Chandi Group—a California real estate investment firm—committed to opening three Little Caesars locations in Palm Springs.

This growth momentum continued into the first quarter of 2022 with signings from: Starbeds Legacy QSR, which owns and operates Dunkin’, Popeyes and Checkers franchises throughout Florida and plans to open 10 Little Caesars stores in Tampa; Gregg Nigro, a 45-unit Dunkin’ owner-operator and real estate entrepreneur who aims to open eight Little Caesars stores in Norfolk, VA and North Carolina’s Outer Banks; and James Allen, president of a Las Vegas-based development firm, and his wife Jennifer who plan to open at least six Little Caesars restaurants in Vermont.

In signing so many key new prospects last year and during the first months of 2022, Little Caesars is building momentum to expand its domestic franchise network with a new set of priority markets including Buffalo, NY, Hawaii and Minneapolis, MN.

*Double the growth rate claim is based on the number of franchise location commitments in the U.S. in 2022 as of May 23, 2022 in comparison to 2021.  Openings may take place throughout 2022 or in subsequent years.

Headquartered in Detroit, Michigan, Little Caesars was founded by Mike and Marian Ilitch in 1959 as a single, family-owned restaurant. Today, Little Caesars is the third largest pizza chain in the world, with stores in each of the 50 U.S. states and 27 countries and territories.

Known for its HOT-N-READY® pizza and famed Crazy Bread®, Little Caesars products are made with quality ingredients, like fresh, never frozen, mozzarella and Muenster cheese and sauce made from fresh-packed, vine-ripened California crushed tomatoes.

An exceptionally high growth company with more than 60 years of experience in the $145 billion worldwide pizza industry, Little Caesars is continually looking for franchisee candidates to join our team in markets around the world. In addition to providing the opportunity for entrepreneurial independence in a franchise system, Little Caesars offers strong brand awareness with one of the most recognized and appealing characters in the country, Little Caesar.