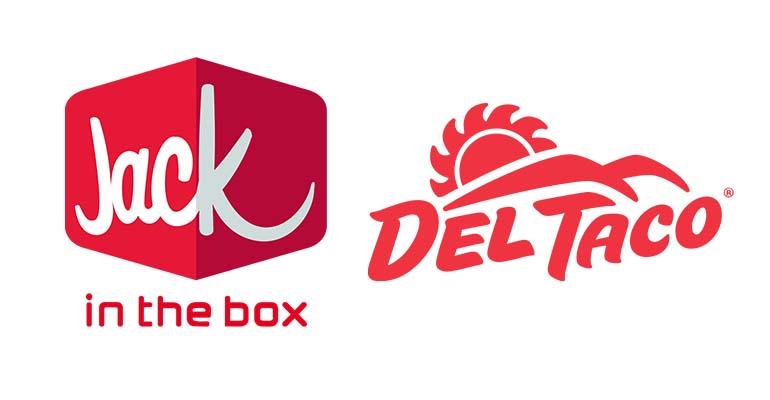 Jack in the Box sold the Qdoba Mexican Eats chain in 2018 after owning it for about 15 years without great success. So why the heck would the company buy yet another Mexican brand?

That was the (somewhat paraphrased) first question from a Wall Street analyst after Jack in the Box Inc. announced an agreement to acquire rival brand Del Taco for about $575 million on Monday. The deal is expected to close in the first quarter of 2022 and is subject to shareholder and other regulatory approvals.

Darin Harris, Jack in the Box Inc. CEO, along with Chief Financial Officer Tim Mullany laid out a number of reasons why the Jack/Del Taco marriage is strategically and financially compelling.

Harris described both Jack in the Box and Del Taco as “scrappy, innovative, challenger brands” with the right operational and cultural fit. They both have a long history. San Diego-based Jack in the Box was founded in 1951, and neighboring Lake Forest, Calif.-based Del Taco in 1964. Del Taco is the nation’s second-largest Mexican QSR chain — though No. 1 Taco Bell has little to fear.

Here are the proposed benefits:

It’s a same-segment match: Qdoba is really a fast-casual brand, while Del Taco is solidly in the quick-service category, said Harris. Almost all of Del Taco’s 603 restaurants have drive-thrus, for example, as do about 90% of Jack in the Box’s 2,200 locations.

Simple synergies: Jack in the Box expects synergies between the two QSR brands to result in $15 million in savings by the end of fiscal 2023, and some of that will come from procurement and supply chain benefits. Menu-wise, Jack in the Box knows a thing or two about “legendary” tacos, Harris noted. But, unlike Qdoba, Del Taco also knows a thing or two about burgers and fries. Like Jack in the Box, Del Taco does well as a “late snack” brand. The increased scale will improve margin opportunities for both brands, Harris said.

Geographic familiarity: The combined chains operate with similar footprints geographically — mostly in the West but with national potential. That means franchise operators are familiar with the markets and the customer profiles. Jack in the Box is in states like Texas, Louisiana, Tennessee and North Carolina, where Del Taco has no presence, for example. But Del Taco is in Florida, Alabama, Georgia and Michigan, where Jack in the Box has yet to open.

Franchisee cross pollination: Jack in the Box is mostly franchise operated and Del Taco is about 50/50 franchise-to-company owned. Harris said the company is open to refranchising, providing opportunities for the franchise base on both sides to add to their portfolios.

Accelerated growth: Earlier this year, Harris pledged to increase system units by 4% annually by 2025. When that goal was introduced, it was assumed Harris meant just Jack in the Box, but on Monday he said that growth plan includes both brands, putting the goal much more in reach. Together, the two brands will total 2,800 units spanning 25 states (and Guam) and generating an estimated $5 billion in systemwide sales.

Building digital muscle: Both Jack in the Box and Del Taco could do more to build digital sales, and there’s power in collaboration, said Harris.

Del Taco launched its first loyalty program in September, and earlier this year unveiled a new store prototype with delivery pickup areas, and double drive through lanes for mobile orders. Jack in the Box also debuted its new off-premises-only MK12 prototype with a modular design that allows franchisees to open drive-thru-only restaurants, with a separate lane for online orders or delivery pickup.

Eric Gonzalez, a research analyst with KeyBanc Capital Markets Inc., said Jack in the Box bought Qdoba in 2003 as a growth vehicle to supplement what was then a mature brand.

“In purchasing Del Taco, the company is opportunistically purchasing a well-regarded but underappreciated regional quick-service chain with similar brand attributes, a heavy off-premise mix, and solid fundamentals/unit growth prospects at a time when the foundation for Jack in Box’s accelerated growth has already been set.”

Some, however, like David Tarantino, senior research analyst with Baird, said they would have preferred to see Jack in the Box stay focused.

“We would have preferred to see management continue to focus solely on growing the Jack in the Box brand rather than attempting to integrate and position a second business (which has a higher mix of company-operated locations) for long-term growth,” Tarantino wrote Monday.

Meanwhile, across the industry, restaurant companies are facing labor and inflationary pressures that are driving them to seek efficiencies. Some are watching the strategies of multiconcept operators like Inspire Brands, Restaurant Brands International, Panera Brands and (the particularly acquisition-happy) Fat Brands grow their portfolios, scale and purchasing power.

When asked if Jack in the Box planned more acquisitions to create more of a platform company, Harris said the quick-service operator plans to focus on digesting this merger for now — though he didn’t rule out future “programmatic M&A” if it creates shareholder value.