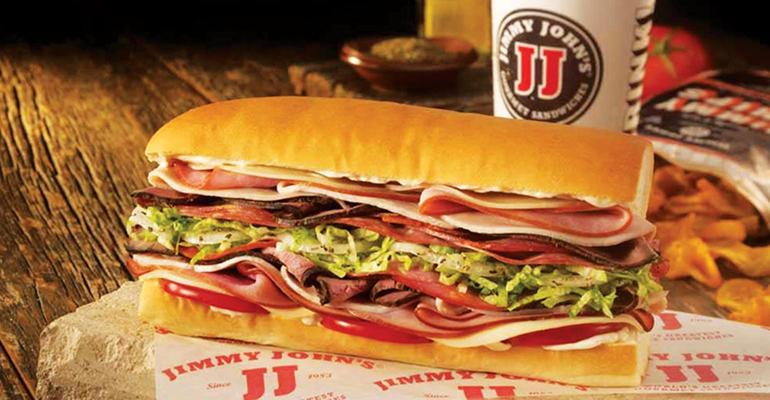 FDA slaps Jimmy John’s and its produce supplier with warning letters after 22 sickened by E. coli

Jimmy John’s said it has removed sprouts from all of the chain’s restaurants after federal health officials linked the sandwich chain to an E. coli outbreak that has sickened 22 people.

“The evidence demonstrates that your corporation, through your franchised Jimmy John’s restaurants, engaged in a pattern of receiving and offering for sale adulterated fresh produce, specifically clover sprouts and cucumbers,” according to the FDA letter.

The FDA noted previous cases where consumers have gotten sick eating at the chain’s restaurants dating back to 2012, 2013, 2014 and 2018 in various states across the U.S. The company is owned by Atlanta-based Inspire Brands.

“Taken together, these outbreaks, which spanned over the past seven years and impacted no fewer than seventeen states demonstrate the corporate-wide supplier control mechanisms you have in place for receiving fresh produce are inadequate,” the FDA stated.

“We’ve removed sprouts from all Jimmy John’s restaurants until further notice,” North said in a statement sent to NRN. “This removal was out of an abundance of caution and was not initiated by any known, immediate threat.”

During an inspection of a Jimmy John’s supplier from Dec. 31, 2019 to Jan. 9, 2020, FDA officials documented numerous violations at Sprouts Unlimited Inc. including failure to “test spent sprout irrigation water” for the E. coli and Salmonella pathogens.

The federal agency told the Iowa company in a Feb. 21 letter that the violations “may have resulted in the contamination of your sprouts with human pathogens.”

The warning letter said 20 of the 22 victims interviewed by the Iowa Department of Public Health reported eating at one or more of 15 Jimmy John’s restaurants. Of the 20 interviewed, nine said they ate sprouts. The victims reported becoming ill in November and December of 2019.

Sprouts Unlimited could not be reached for comment. In the FDA letter, the company indicated that it had taken steps to fix procedures.

However, the FDA told the company it has “not provided any supporting documents demonstrating that” it has taken corrective actions.